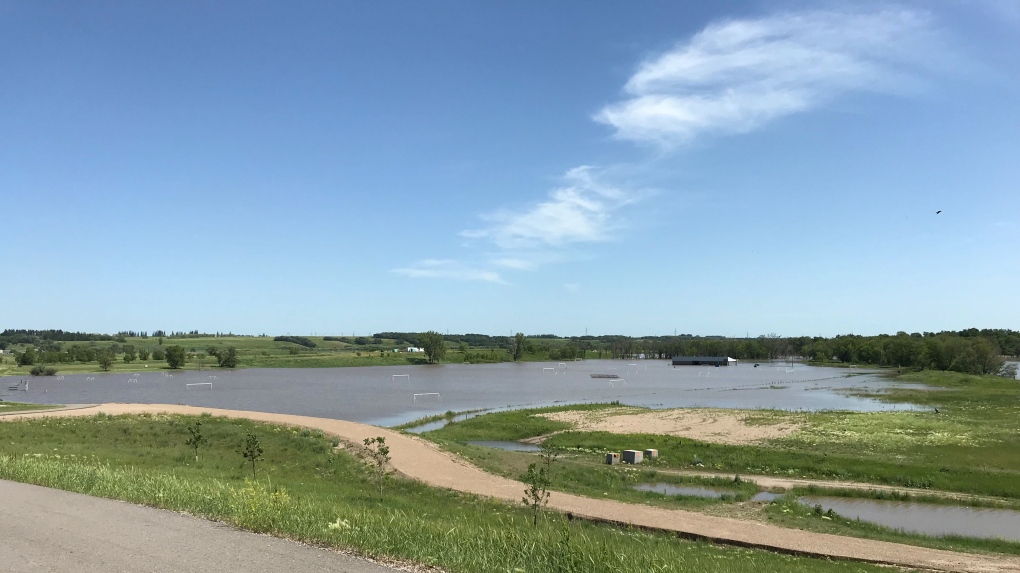 WINNIPEG -- The City of Brandon is taking precautions against possible flooding along the Assiniboine River.

In a news release, the city said due to recent rainfall in the Westman area, there’s concern regarding flash flooding in the Assiniboine River Valley, particularly around the Little Saskatchewan River.

As a precaution, city crews used a clay 'plug' to close the hole in the dike system by the intersection of 18th Street North and Grand Valley Road. The city said the dike system is now being closely monitored.

Public access has been closed to all city parks and recreation services at Queen Elizabeth Park and Dinsdale Park as a public safety measure, the city said in a news release Thursday afternoon.

"All public are asked to respect the barricades and signage that have been put in place in these greenspaces and are further asked to stay away from the Assiniboine River and STAY OFF of the dike infrastructure during this time," the news release reads. 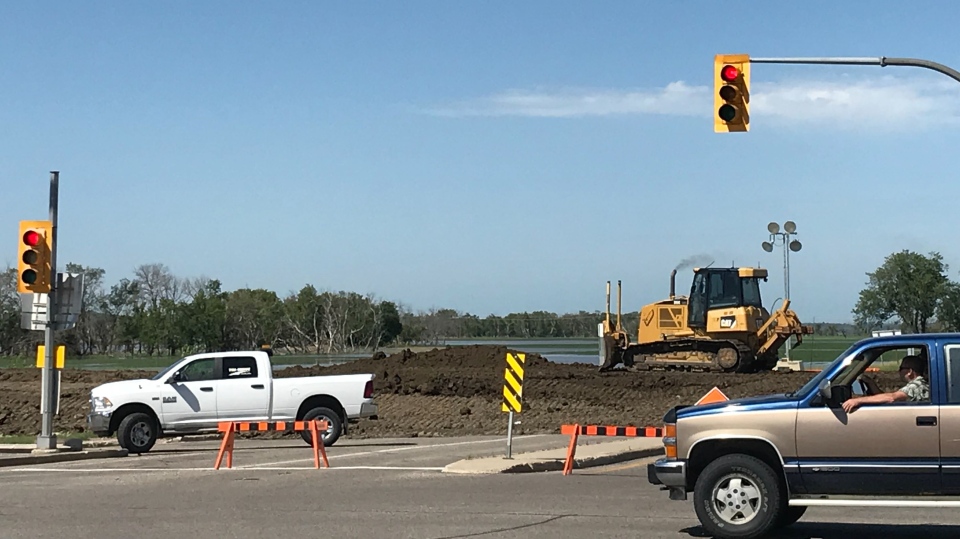 The city said some homes have received evacuation preparation notices.

"Based on the Province of Manitoba’s expressed lack of confidence in the Rivers Dam and the potential for flash flooding of areas downstream of the Rivers Dam, evacuation preparation notices have now been delivered to several hundred homes and several dozen businesses in the area between 1st Street North and 26th Street North, from Stickney Avenue all the way north to Galbraith Crescent," the news release reads.

"It is important to note that an evacuation of these areas has NOT been ordered at this time. However, these preparation notices have been issued proactively in order to ensure residents and businesses are prepared IF flash flooding occurs."

These notices were delivered door-to-door in case Brandon is hit with heavy water.

Any home receiving these notices needs to be ready to leave on short notice, and residents should plan to stay with friends or relatives if possible. If this isn’t possible, they can call the City of Brandon Enquiry Centre at 204-729-2186.

If an evacuation is ordered, residents will be notified through

If residents have any questions, they can call the inquiry centre.

It is expected to peak as high as 1,177 feet above sea level between July 5 and July 8.