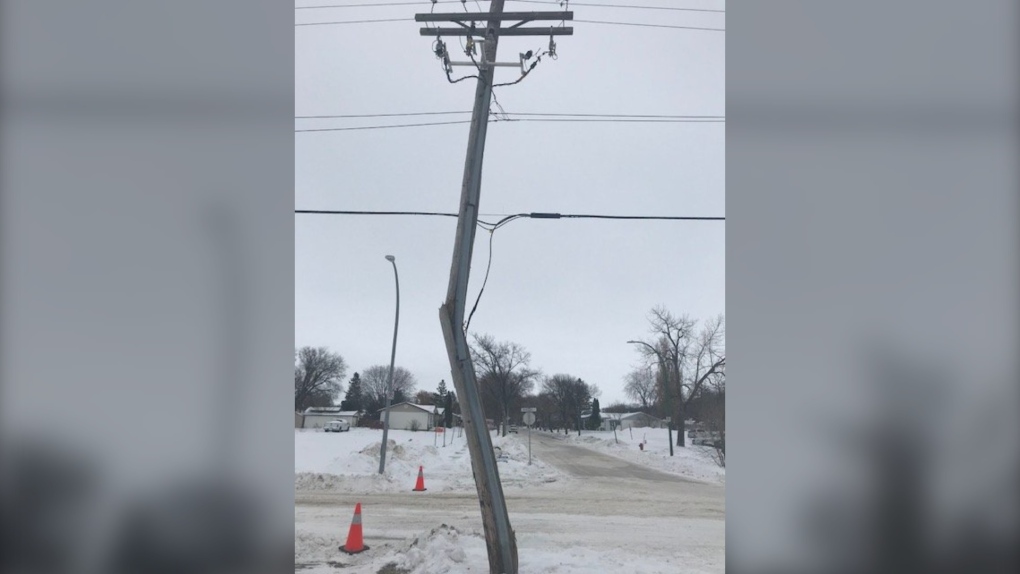 WINNIPEG -- Manitoba Hydro is looking for the person responsible for damaging a hydro pole in Transcona, knocking out power for nearly 3,000 people and causing an estimated $10,000 worth of damage.

On Wednesday evening Manitoba Hydro crews were out on Wabasha Street repairing the pole.

Manitoba Hydro spokesperson Bruce Owen said they don't know the cause of the damage for sure because the person responsible left the scene before crews arrived.

"We believe a front end loader was clearing snow in the area and hit the pole," Owen said.

Owen said whatever hit the pole caused about $10,000 worth of damage, according to rough estimates.

The crown utility company is now investigating the incident, using "different means" to identify the owner and operator of the equipment that damaged the pole.

He said what is supposed to happen is the person responsible for the damage stays at the scene until Hydro crews arrive, at which point they sign an agreement with Manitoba Hydro.

"By signing this – and many do voluntarily, it allows us to bill them the cost of repairing the damage to our equipment," Owen said.

In a tweet, Hydro also said it can take owner/operators to court to recover the damages.

In the event of third-party contacts, we ask the operator/owner of the equipment to sign an agreement which allows us to bill them the cost of repairing our damaged equipment. We'll also take operator/owners to court to recover damages.

"All of this can be avoided very, very easily no matter what time of year," Owen said. "All we ask is you take a moment – just a couple of minutes to look around you. Be careful. Take a pause before you put your vehicle into gear."

The City of Winnipeg told CTV News it is aware of the damage to the pole but has not yet confirmed that is was caused by equipment doing city work.