Hydro shifts focus to rural Manitoba, over 8,000 without power in Portage la Prairie 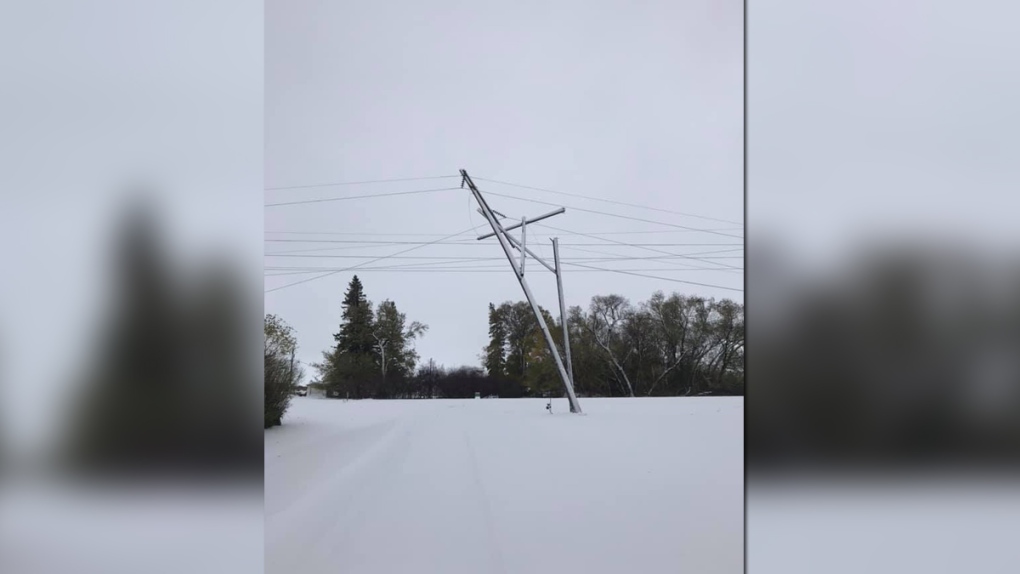 WINNIPEG -- As the effects of a winter storm continue to take their toll across Manitoba for the third straight day, Portage la Prairie, Man. is one of the worst hit areas.

According to Manitoba Hydro, the power outage situation in Winnipeg is beginning to improve and the focus is turning to rural Manitoba.

“The effects of the storm are now being felt farther west and north, following the track of the system,” said Scott Powell from Manitoba Hydro, in a release.

Manitoba Hydro said as of 11 a.m. Saturday just under 53,000 customers remain without power, including over 8,000 in and around Portage.

“The amount of snow around Portage la Prairie, into the Interlake and farther north is really hampering our efforts to even get crews out to begin damage assessments,” said Powell.

“Many roads are completely impassable, and we are now starting to utilize snowmobiles and tracked vehicles to access areas that would otherwise be inaccessible.”

Portage la Praire residents asked to limit water use, not to flush toilets

Residents in Portage la Praire are being asked to limit their water use and have been told to avoid using their sewer systems.

We want to reiterate that It is very important to avoid using our sewer systems. Please do not flush your toilets or take any action that results in water entering our waste water system. We are trying to avoid the possibility of sewer back ups into people’s homes. https://t.co/2QPiCqeMbS

The city of Portage la Prairie said crews have been working through the night to remove trees and keep roads open for emergency vehicles. It is encouraging people to stay home and off the roads.

A portion of the Trans Canada Highway that runs through Portage closed on Friday and remains closed as of 1:30 p.m. Saturday.

The city has opened an emergency shelter to help those affected by the closure.

It is anticipated that the Trans Canada Highway will
remain closed until at least Saturday morning. The City of Portage will be opening an Emergency Shelter at the Herman Prior Centre at 40
Royal Road N. Doors will open there at 5:00 pm. For general questions, call
239-8340

Manitoba Hydro said the primary culprit for many local outages is snow-laden trees coming into contact with power lines.

However, it said the weather has also caused damage to its infrastructure, including broken poles, cross arms, and broken transmission towers.

“In the Portage area we are experiencing major issues with our 230,000-volt and 115,000-volt transmission system, which supplies power into our major terminal stations in the area,” said Powell.

Manitoba Hydro is reminding residents to stay away from any downed power lines.