'I couldn’t draw anything else': Exhibit by Ukrainian artists illustrating realities of war coming to Nuit Blanche

'I couldn’t draw anything else': Exhibit by Ukrainian artists illustrating realities of war coming to Nuit Blanche

A Winnipeg pop-up exhibition of 50 Ukrainian contemporary illustrators is animating the gruesome realities of the Russian invasion, while raising funds to help those fleeing to Canada.

Oseredok Ukrainian Cultural and Educational Centre is hosting the “War in Living Colour” exhibit during Nuit Blanche Winnipeg this weekend.

The two-day, pop-up event will feature work by Pictoric, a Kyiv-based illustrators' club founded in 2014.

Member and artist Veronika Kotyk has spent her professional life illustrating children's books. But when Russia invaded in February of 2022, Kotyk couldn’t draw anything but the horrors she and her community experienced every day.

“I didn’t want to draw war but I couldn’t draw anything else when it’s happening, when people are dying daily,” Kotyk told CTV News Winnipeg in an interview. “After the first month of war, we have a bunch of artworks and we decided we need to show it.” 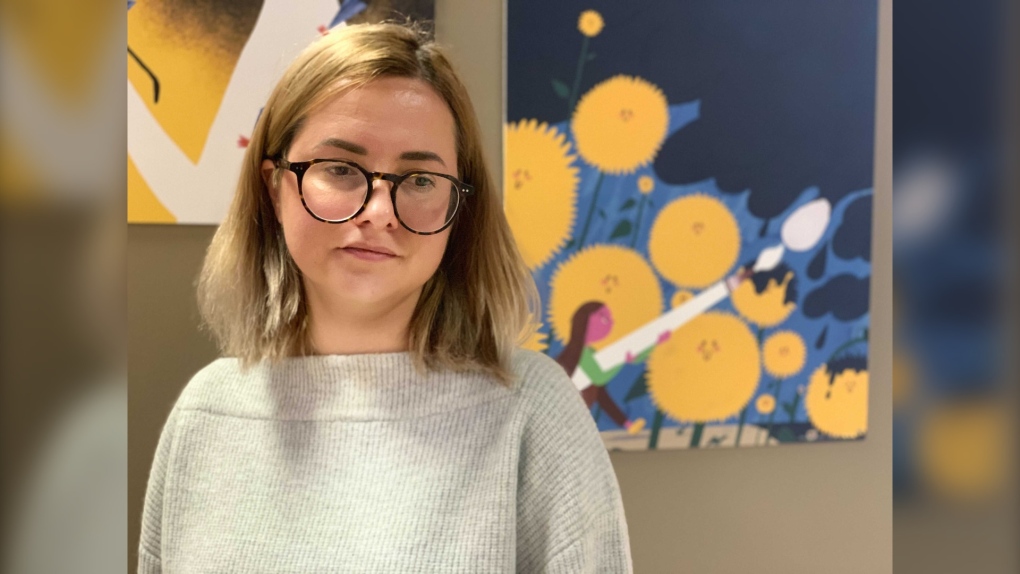 From that work, “War in Living Colour” was created, an animated exhibit exploring themes of resistance, evacuation, childhood during armed conflict, and the realities of daily life during war.

The exhibit travelled through other parts of Canada this summer. Stops in Ottawa and Vancouver raised over $10,000 for causes like tactical first-aid supplies and rehab programs for children affected by war.

“Some of these artists were actually in Ukraine in bomb shelters creating these works. Some of them had friends in Ukraine going through some of the horrific things that we could only imagine or we read about in the news,” she said.

The exhibit will be open at the Oseredok galleries at 184 Alexander Avenue East Friday and Saturday from 10 a.m. to 12 p.m.

The event is pay-what-you-will, and all money raised will fund programming to help the growing number of refugees and displaced people from Ukraine arriving in Winnipeg.

Kotyk said she has been pleasantly surprised at how Canadians have embraced the exhibit so far. Although the work deals with difficult subject matter, she said Winnipeggers should do the same.

“People shouldn't be afraid of that sensitive content. People need to see this. It’s important,” she said.

Drug slows Alzheimer's but can it make a real difference?

An experimental Alzheimer's drug modestly slowed the brain disease's inevitable worsening, researchers reported Tuesday – but it remains unclear how much difference that might make in people's lives.

The Senate passed bipartisan legislation Tuesday to protect same-sex marriages, an extraordinary sign of shifting national politics on the issue and a measure of relief for the hundreds of thousands of same-sex couples who have married since the Supreme Court's 2015 decision that legalized gay marriage countrywide.