'I found a brother': Winnipeg man helps the person who stabbed him build a better life 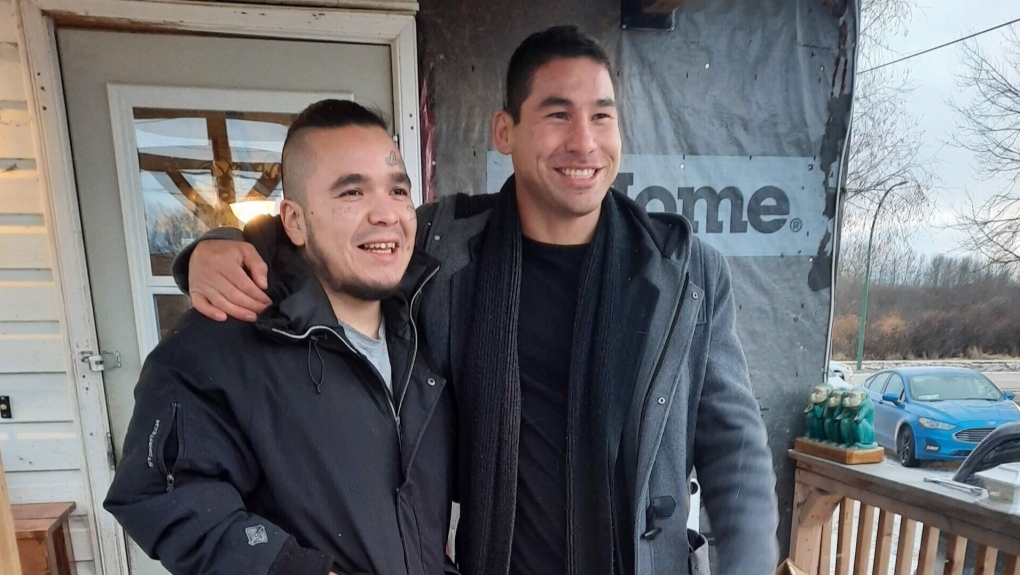 Devon Henderson (left) greets Johnathan Meikle (right) after being released from jail in The Pas on Oct. 23, 2020. Henderson stabbed Meikle in the leg two years earlier, and has been in the restorative justice system since. (Submitted: Darian Hart)

WINNIPEG -- For the past two years, a Winnipeg man has been working to build a better life for the man who stabbed him.

Devon Henderson was released from custody on Friday morning in The Pas after serving two years for assault with a weapon and robbery.

In 2018, Henderson stole a man’s wallet and phone after holding a knife to his throat at a downtown bus stop. He then boarded a bus uttering threats and harassing a passenger.

Meikle was stabbed in the leg, but instead of turning his back on Henderson, he decided to help the man.

“Of course I went through anger when it first happened, but as a result of my own personal journey, my own healing - I was able to shift my perspective,” Meikle told CTV News.

And so began the restorative justice process.

“By the time it came time to for that visitation with Devon, it just felt like the right thing to do,” said Meikle.

Grace Schedler is a former Indigenous court worker and has sat in on many restorative justice cases.

She said regardless of whether the offender serves time in jail, the restorative justice process allows them to be held accountable for their actions.

“The accused has already faced what he’s done to the community and his or her victim,” said Schedler.

“There’s a lot of people like me who make mistakes, but don’t have that opportunity like I did with Johnny," said Henderson. "How Johnny wanted to help me and everything, it was really emotional for me and at the end of the day it kind of helped me move on. I'm starting to move forward.”

He said the whole experience has reminded him that change is possible and recognizes it’s a second chance.