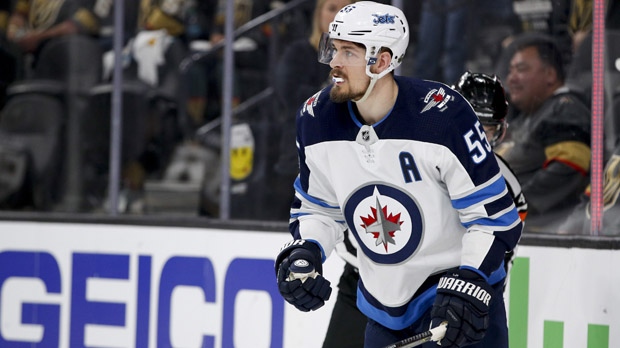 WINNIPEG -- The COVID-19 pandemic has shut down the world and sent everyone home. That includes sports teams. But that hasn't stopped the memories of historic NHL games and players who have shaped today's teams.

Three NHL players who would usually be facing off on the ice joined together on a video conference call Monday to talk hockey.

"I remember me and Barzy yelling at each other going to the bench, but I don't even know what happened," said Scheifele.

They also talked about who they would want by their side in hypothetical game situations.

While in isolation, Scheifele said he has been staying as active.

"I'm just trying to stay busy, work out as much as I can, go for runs, for walks, get fresh air. Kinda get to my own space, and it's nice to be able to get outside of a little bit… but staying safe and indoors but trying to be active as much as I can," he said.

They have also been watching a lot of old games to stay occupied and to help keep their game sharp.

"Unless it's football Sunday, actually Saturday too, my roommate Andrew, he takes over for college football. Other than that, we definitely have a game on," said Scheifele.

He added, growing up, he didn't watch a lot of hockey because he said he and his brother would rather be outside actually playing the game.

"Not until I was in junior, my coach at the time Dale Howerchuck told me, 'You know that's the best education you can get right there watching NHL.' And that's when I kinda started to actually fall in love with watching hockey," said Scheifele.

All three of these players reminded fans to keep safety first, wash your hands, stay home, and that we are all in this fight together. They also said they want to see all their fans at hockey games next year.

Listen to the entire conversation here.