WINNIPEG -- A Winnipeg woman received an unpleasant surprise when she opened her latest water bill: it was 20 times higher than her last one.

Kim Heinrichs has lived in her St. Norbert home for nearly two years. She rents it with her son and is responsible for the water bill.

"Most of the time when we started here it was like $96, just over $100 because it's just me and him," said Heinrichs. 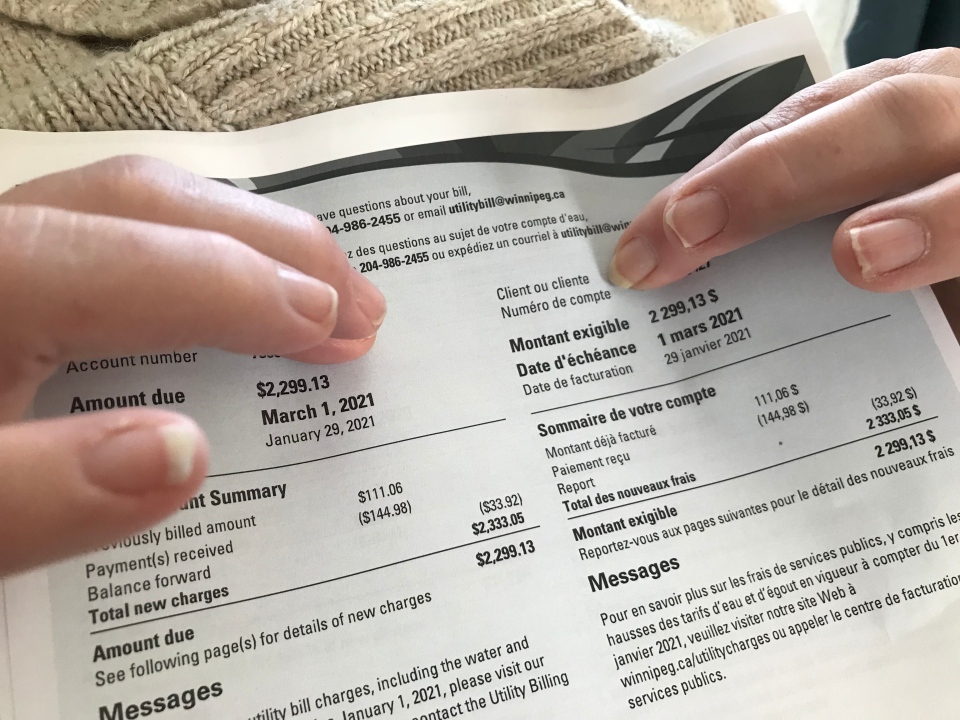 "I cannot make any sense of it. I cannot fathom or wrap my head around it," said Heinrichs. "It's literally keeping me awake at night."

Heinrichs said after she saw the bill, she immediately checked for any leaks both inside and outside her home, and contacted the city's Water and Waste Department.

"He told me to do some testing, which I went about doing, but I can't find any issues," she said.

"I can do a meter test, but it would cost me $104 or something out of my pocket to test the meter. They don't think it's the meter. Or I can have my landlord pay somebody to do some survey." 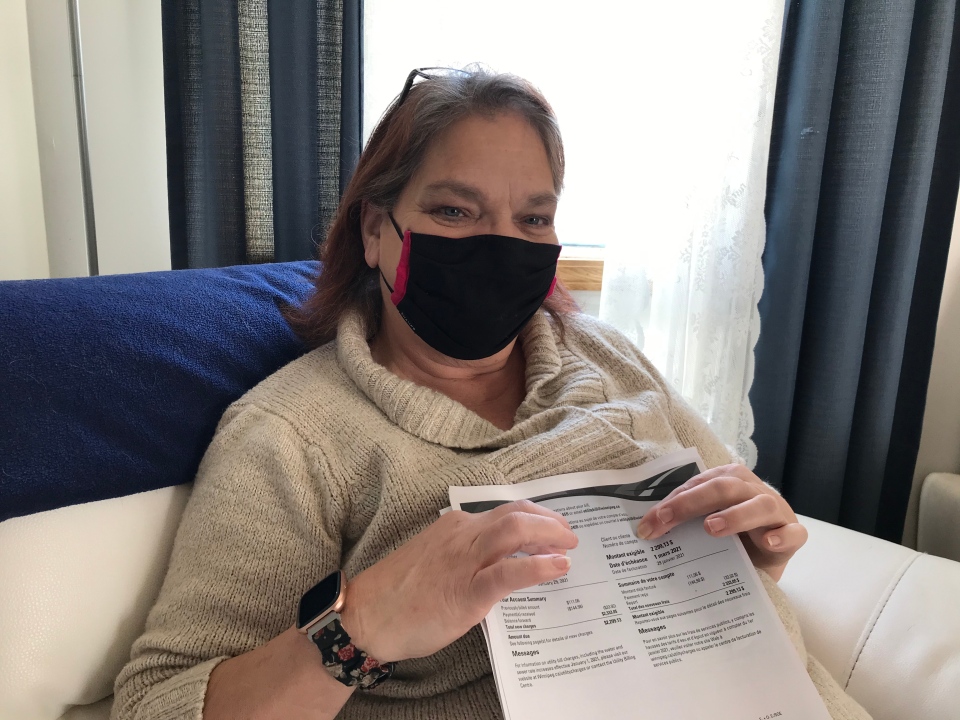 The city said customers who receive a high utility bill as a result of a water leak within their house or building may be eligible for the city's Water Leak Credit program.

"A leak as small as 1/16 inch could add $14 per day to a customer's water bill," said a city spokesperson in an email to CTV News.

The city said along with providing regular meter readings, customers should also perform basic leak checks on a regular basis.

Heinrichs said she plans on fighting the bill and hopes the next one won't be nearly as high.

"If somebody can give me a reason as to why it would happen, then maybe it wouldn't be such a hard pill to swallow, but it's like somebody came in here and robbed $2,400 of my money," said Heinrichs.

"I don't have that kind of money. I'm not paying that bill."