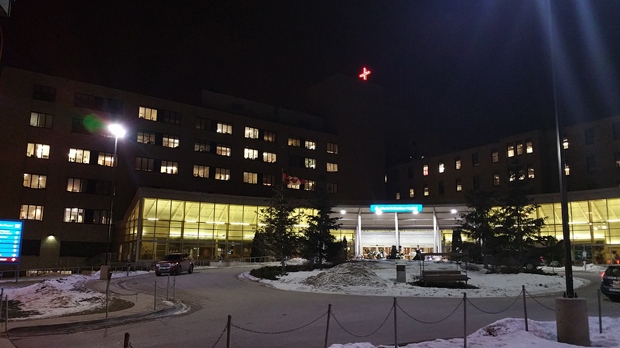 A medical emergency that sent one Winnipeg woman to the St. Boniface Hospital has left her family with concerns after they said she has now spent three days alone waiting for surgery, with no end in sight.

Kimberley Hanson was rushed to the emergency room Monday morning around 8 a.m. by her husband after experiencing chest pains.

The situation was worrisome for the family as Hanson had a history of heart issues and was soon going for consultation on possible bypass surgery.

Reinheimer said she had an EKG when she first arrived at the hospital and blood work was drawn, but that was really all that was done before seeing a doctor about 12 hours later.

The news was not good. One of her arteries was fully closed, three others were 90 per cent closed and surgery was required.

Reinheimer said surgery was supposed to happen the following day, but on Tuesday she said the family was informed the doctor was not available, so the procedure would have to wait until Wednesday.

They are still waiting.

“And after speaking with my mother today, she still has not seen the doctor or anything,” said Reinheimer. “I'm scared she's going to die before the surgery would happen.”

An added concern is the lack of visitation rights despite family members being fully vaccinated.

“To have somebody have to go through a quadruple bypass by themselves, and nobody's giving updates when we try to call and figure this out, it’s stressing me, it's stressing my dad out and stressing my mom out even more,” Reinheimer said.

To alleviate some of those stresses for families, Reinheimer said improved communications between hospital staff and patient families could go a long way.

“I think that is something that people need to understand that, you know, loved ones are sitting at home stressing just as much as the person who's in the hospital and stressing,” Reinheimer said.

The Winnipeg Regional Health Authority (WRHA) tells CTV News it cannot comment publicly on individual cases, but strongly encourages anyone with a concern or questions about their care to contact patient relations.

While Reinheimer understands COVID-19 has strained the health-care system, she said something should be done to avoid priority patients, like those with heart issues, having to spend 12 hours in a waiting room before seeing a doctor.

“This should not be happening to people, especially the elderly, that’s majorly what I want to put out there that, you know, things need to change in the health system badly, especially here in Manitoba.”