"I need you to leave her alone": Winnipeg mother speaks out about daughter's relationship with firefighter 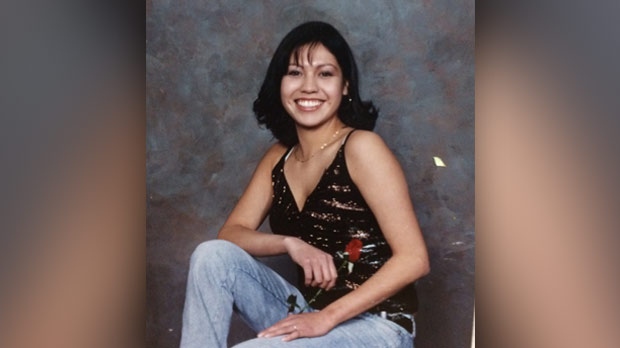 A Winnipeg mother is speaking out about her daughter’s relationship with a Winnipeg firefighter who is now at the centre of sexual assault allegations involving two girls and one woman.

The family was told she fell off a balcony at her hotel but the recent arrest of a man who was with her on the trip has reopened old wounds.

"I just want to know what happened to my daughter,” said Nelson.  “I mean she was so full of life.  She was an athletic lady and for her to fall over a balcony…I don't think so."

Nelson says her daughter went to Cuba with Manuel Ruiz.

On Monday, Winnipeg police announced Ruiz had been arrested and charged with multiple sexual offences involving three female victims, two of whom were underage.

Nelson said back in 2006 Ruiz phoned her from Cuba to say Melissa had died.

Authorities from Cuba couldn't be reached on Tuesday for comment on the investigation.

A Global Affairs Canada spokesperson said Cuban authorities investigated and the incident was ruled an accident.

"At the time of the event, Canadian consular officials in Varadero and Havana, Cuba, and in Ottawa were in close contact with local authorities to gather additional information and have provided consular assistance to the family, as required,” the spokesperson said.

According to Nelson, her daughter met Ruiz when Melissa was 15-years-old through self-defence lessons taught by Ruiz in Roseau River First Nation.

"He phoned my ex-partner's place and he had asked for her and I had answered the phone and I said, ‘well who is this?’  ‘Oh this is Manuel.’  I said, ‘aren't you a little too old?’ I said ‘I need you to leave her alone.’"

Court records show three women applied for protection orders against the Winnipeg firefighter in 2001, 2006 and 2010.

In a 2010 protection order application obtained by CTV News a woman who said she lived with Ruiz felt he was harassing and stalking her.

"I used to live with the guy in 2006,” the woman wrote in the protection order application.  “He would literally follow me around whenever I went out with friends, he'd consistently call me."

"I am terrified, I'm scared that he'll hurt my new fiancé, that he'll destroy our property."

The protection order application was dismissed.

Two other protection order applications, one filed in 2001 and another in 2006 were also dismissed.

No reasons for dismissal were provided in the court documents.

On Monday, Winnipeg police said between 2001 and 2015 two girls and one woman were repeatedly sexually assaulted at different locations in the city including at a jiu-jitsu studio on Sherbrook Street.

Officers said it's possible there are more victims and investigators are encouraging anyone with information to come forward.

None of the allegations against Ruiz have been proven in court.

Global Affairs Canada clarified Thursday that it was Cuban authorities and not RCMP that ruled the incident an accident.