'I never thought this could happen': Friends and family remember the victims of the Tehran plane crash

WINNIPEG -- It was standing room only as friends and family came together to remember the lives of nine people with ties to Winnipeg who were killed in a plane crash near Tehran.

The pictures of the victims were lit by candle light at a vigil held at the University of Manitoba Friday evening. Two of the victims had been students at the university and three others had been members of its alumni. The vigil was open to anyone affected by the crash.

Those who died in the flight include Amirhossein Ghorbani Bahabadi; Amirhossien Ghasemi; family of three Mehdi Sadeghi, his wife Bahareh Hajesfandiari and their daughter Anisa; Forough Khadem; Farzaneh Naderi and her son Noojan Sadr; and Farhad Niknam.

"It really means a lot to me and my whole family," said Negysa Kalar, whose aunt Farzaneh Naderia, and 11-year-old cousin Noojan Sadr were among the victims. "It's a type of closure I guess, that we can at least start with."

She said seeing the people gather to remember not only her family, but all the victims in the crash, showed her there is support in the community. It's a start to the grieving process, she said. 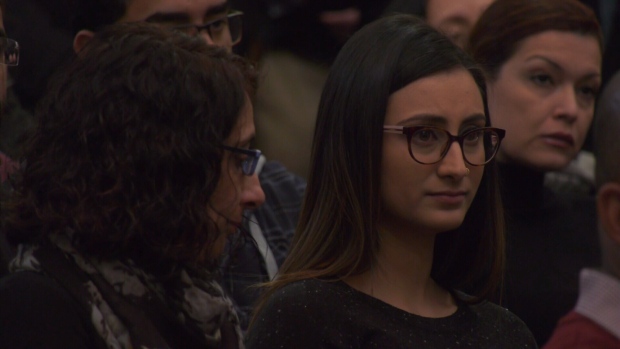 Negysa Kalar (pictured) lost her aunt and 11-year-old cousin in the plane crash near Tehran. She spoke at a vigil remembering the lives of nine people with ties to Winnipeg who died in the crash. (Source: CTV News Winnipeg)

Ayda Mohammadian, the girlfriend of Amirhossein Ghorbani Bahabadi - a student with the university's International College of Manitoba who died in the crash - told the crowd at the vigil she worried about him making the trip to Iran.

"I remember five hours before his flight from Winnipeg, I hugged him. I was crying. I told him I feel if you go, I'm going to lose you," she said.

"I never thought this could happen." 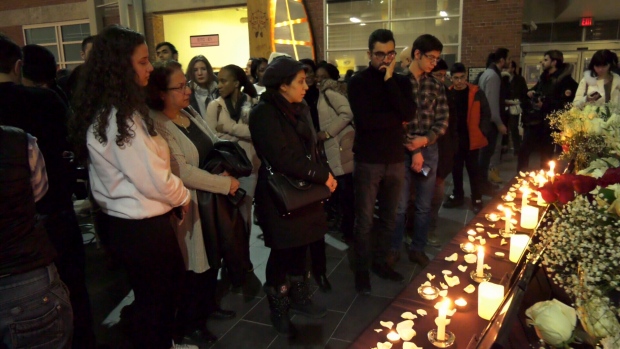 It was standing room only as friends and family came together to remember the lives of nine people with ties to Winnipeg who were killed in a plane crash near Tehran. (Source: CTV News Winnipeg)

Mohammadian said she remembers Bahabadi telling her, with tears in his eyes, not to worry.

She said her boyfriend had goals of becoming a physician and was working hard to reach that goal.

There is another vigil planned in Winnipeg on Sunday from 2 p.m. to 5 p.m. at the Caboto Centre, located at 1055 Wilkes Avenue.