'I was shaking': Group says Winnipeg restaurant discriminated against them by asking for pre-payment

'I was shaking': Group says Winnipeg restaurant discriminated against them by asking for pre-payment 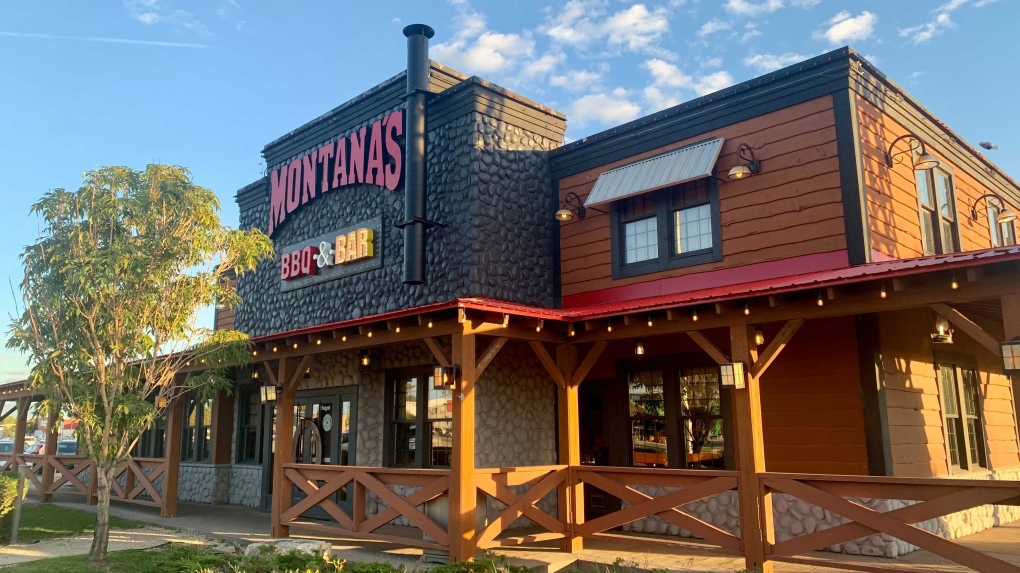 A group of young adults is raising concerns over an incident at a Winnipeg restaurant they feel was ageist.

Kayla McPherson and five friends decided to go to Montana's on Regent Avenue on Sunday after playing paintball.

McPherson says the table ordered their drinks, appetizers and main meals with no problem.

"Right when we were about to finish our appetizers, our server came over and approached us with a debit machine and bill and said that we had to pay for our drinks and appetizers before we could actually get our main meals," said McPherson.

"Me and my cousins and some of my other family, we've always eaten at Montana's, and that's never been requested from us."

Questioning why the table had to pay before their meals, they asked to speak to the manager.

"She went on to say this was a policy they had implemented because they've been having a lot of dine and dashes with a lot of young people," recalled McPherson.

McPherson said the group ranged in age from 20 to 25.

After checking with some other larger parties around them, McPherson believes they were the only ones in the restaurant asked to settle their bills early.

"We felt like we were being discriminated against," said McPherson. "I was shaking. I had anxiety, and I just wanted to shed a tear."

After paying, two members of the group left, with the others asking to speak to the manager again.

A little while later, the owner of the Montana's joined the group to discuss the issue.

"He was very understanding and respectful. I respect the way [he] approached us, but that doesn't discredit the way they embarrassed us and the way they made us feel," McPherson said.

CTV News spoke with the owner, who said staff at the restaurant started asking groups of young people for early payment after the establishment fell victim to a string of people walking out and not paying their bills.

The owner went on to say, after this incident, he has since had a meeting with his staff and will no longer be asking tables to pay early.

He said he regrets the incident and wants all customers to leave happy.

A spokesperson with Montana's corporate said the practice is not standard for franchises.

"We are regretful that this incident took place at one of our restaurants and would like to clarify that the experience outlined is not our policy or something we support. We take these matters very seriously and are looking into the incident and taking appropriate actions to ensure that this doesn't happen again," read an email statement from the restaurant chain.

McPherson said she is working on making a formal complaint and would like a written letter of apology from the server and manager.

Refugee advocates are raising concerns that Afghan refugees granted asylum in Canada are being burdened by escalating costs stemming from the government’s delay in processing their claims.

It was a monumental occasion when Canada stepped onto soccer’s biggest stage in Qatar, and while its World Cup campaign ended miserably, there is still hope moving forward. CTVNews.ca takes a look at the three talking points ahead of the next World Cup in 2026.

Canadians can write to Santa in the language of their choice, Canada Post says, after some express confusion

After some people expressed confusion online over what languages Canada Post will accept from Canadians writing to Santa this holiday season, the corporation says it accepts letters in any language.

Transport Minister Omar Alghabra says the upcoming holiday travel season is sure to be a busy one, but that he’s working with air travel stakeholders to ensure the summer’s flight cancellations and lost luggage problems aren’t repeated.

US knocked out of World Cup, loses to the Netherlands 3-1

Memphis Depay and Daley Blind scored in the first half and Denzel Dumfries added a late goal as the Netherlands eliminated the United States from the World Cup with a 3-1 victory Saturday that advanced the Dutch to the quarterfinals.

Russia rejects US$60-a-barrel cap on its oil, warns of cutoffs

Russian authorities rejected a price cap on the country's oil set by Ukraine's Western supporters and threatened Saturday to stop supplying the nations that endorsed it.