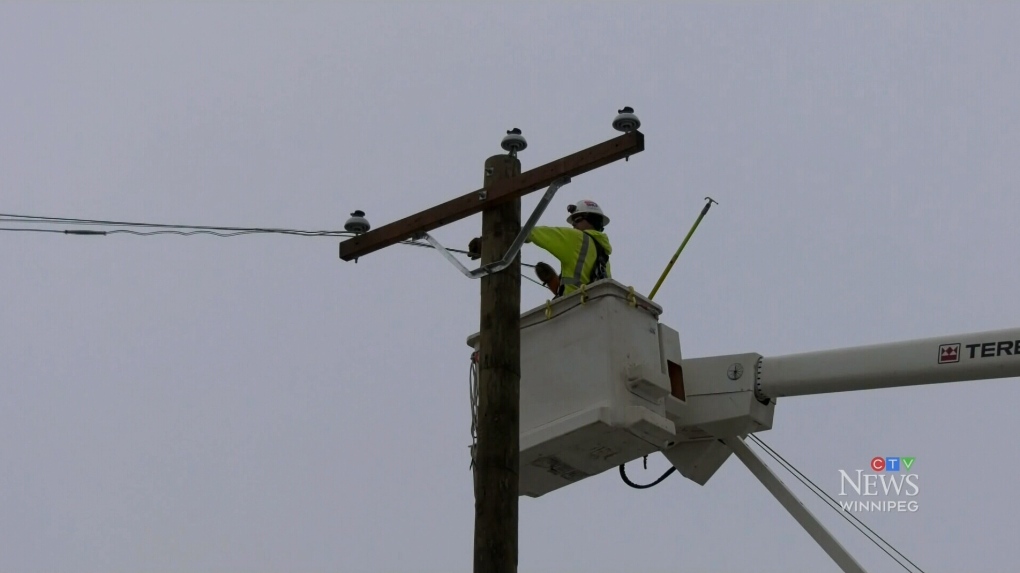 A hydro worker tends to a power line in this undated photo. (Image: CTV News Winnipeg)

WINNIPEG -- Manitoba Hydro has nearly completed the process of restoring electricity to customers in parts of St. James Thursday morning.

Early in the morning, Hydro’s outage page showed about 2,500 customers in the Unicity area and Westwood were without power.

As of 8:20 a.m., approximately 30 customers were still waiting to get power back.

Hydro spokesperson Bruce Owen said the outage was caused by the formation of ice on power lines causing the wires to touch, a situation known as ‘galloping’.

He said more weather-related outages are expected today and Friday as a spring storm brings rain and snow to northern and eastern Manitoba.

Customers are asked to report any outages promptly to Manitoba Hydro through a reporting page on their website .