After nearly 100 years making iconic 'Winnipeg-style rye bread,' one of the city's oldest rye bread bakeries is closing up shop.

KUB Bakery owners confirmed the decades-old bakery closed down its locations as of Wednesday.

"It was very strange when we shut that door yesterday," Ross Einfeld, who runs the bakery, told CTV News. "The emotions range from anger, to sadness, to happiness – all sorts of things."

Einfeld said the bakery has a long history in Winnipeg. It was set to celebrate its 100-year anniversary in 2023.

The bakery was first created by the Kucher family in 1923. The Kuchers Ukrainian Bakery (or KUB for short) was purchased by the Einfeld family in 1982.

On its website, the bakery said its bread has become a north-end Winnipeg icon synonymous with wedding socials. It supplied the Winnipeg Jets, Manitoba Moose and Winnipeg Goldeyes for years, and had been shipping products all over the world. 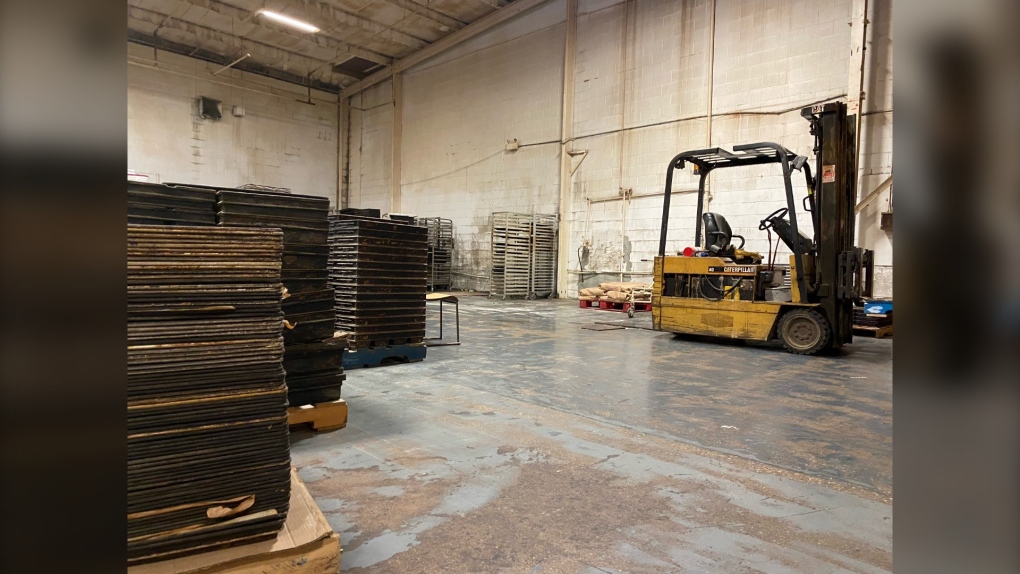 The inside of KUB Bakery in Winnipeg on Nov. 16, 2022 (Image source: Taylor Brock/CTV News Winnipeg)

But the past few years were very challenging for the KUB Bakery.

"Two years of COVID was kind of devastating for us," Einfeld said. "Then once the recovery started, grain prices started going through the roof. Flour prices are still as we speak practically double. So that made it very hard on any industry that uses flour or grain products."

He said along with this, it has been difficult to hire staff.

"We were struggling, so we were hoping to ride it out," Einfeld said.

But then the bakery was hit with some major mechanical breakdowns. Einfeld said the boiler blew up last week, and days later their oven burners failed.

"That effectively put us out of business," Einfeld said, adding they closed the bakery doors on Tuesday after running out of the final stock.

"Here I am in this empty 10,000-square-foot building, and the ovens are dead and there's no one there. It was very strange."

“I was shocked but was not surprised,” Mikulak said in response to KUB’s closing. “I think food and beverage processors are facing a lot of challenges right now."

He says it is difficult for local producers to keep up with larger ones, but in cases like KUB’s, they can also have a large influence.

Keystone Agricultural Producers says farmers are feeling the effects of supply chain issues from the pandemic and Russians invasion of Ukraine.

“It is accurate that grain prices have risen, but this does not mean a windfall for farmers. Costs and market uncertainty have also skyrocketed,” said Brenna Mahoney, the general manager of Keystone Agricultural Producers.

She adds that farmers are also feeling the effects of a labour shortage, saying some farms are short 25 per cent of the staff required.

Einfeld said it is possible the KUB Brand name will live on. He said a former employee at the bakery contacted him with a plan to try to keep the bakery going.

"I went down to the shop last night and I gave him some recipes and ingredients and he was going to do a test run and see how it worked," Einfeld said. "You know, nothing's concrete yet."

He said there has been some interest to buy the bakery brand. However, Einfeld said his family's time running the bakery has come to an end after more than a quarter-century.

"It was very abrupt. It was not the way I wanted it to happen. I was hoping for a seamless transition from us to someone else carry on the brand name," Einfeld said.

He said the family is still in negotiations to have someone else take over the brand.

In the interim, the bakery thanked Winnipeggers for their support over the years.