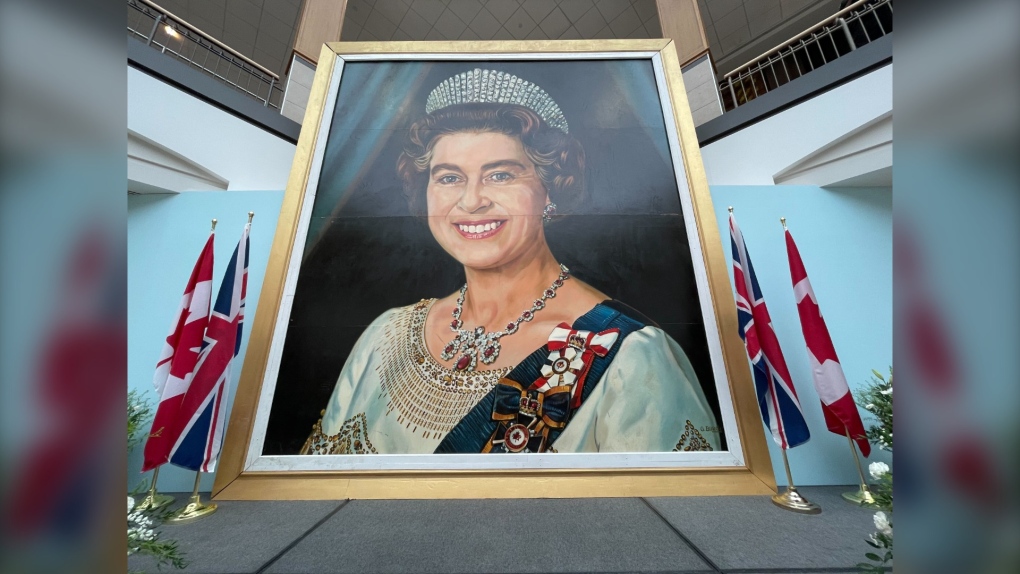 The iconic portrait of Queen Elizabeth II that once was in the old Winnipeg Arena is placed on display at CF Polo Park on Sept. 16, 2022. (Source: Jamie Dowsett/CTV News Winnipeg)

The giant portrait of Queen Elizabeth II that was an iconic piece of the old Winnipeg Arena is once again on display.

Winnipeggers can visit the five-by-seven metre portrait, painted by Gilbert Burch in 1979, at C.F. Polo Park mall. The portrait is on loan to the mall from its current owner Ron D'Errico.

D'Errico previously told CTV News he was gifted the portrait, which was on display in the old arena in Winnipeg until 1999, by his friend Jamie Boychuk who had bought it in 2015.

D'Errico said he had been in talks with the mall to display the portrait to give Winnipeggers a chance to mourn the death of Queen Elizabeth II.