Identity of Winnipeg's $60M jackpot winners has been revealed 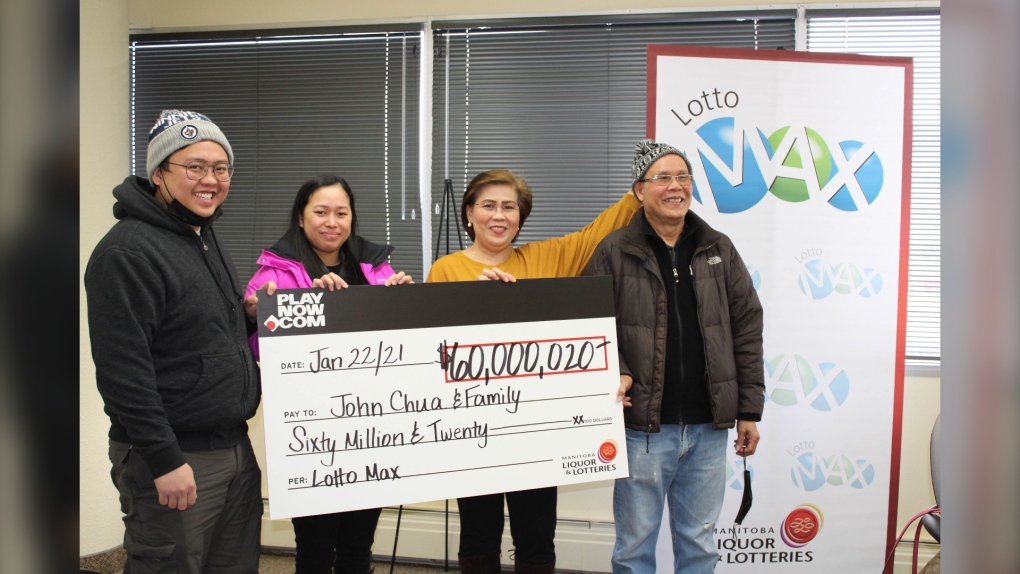 The winners of the $60 million in Winnipeg have been announced. John Chua and his family are the ones who purchased the winning ticket. (From left to right, John Chua, John's wife Jhoanna Chua, John's mom Angie Chua, and John's uncle Ben Lagman. Source: Western Canada Lottery Corporation)

On Tuesday, the Western Canada Lottery Corporation (WCLC) announced John Chua, his wife Jhoana Chua, mother Angie Chua and his uncle Ben Lagman, were the lucky ones to have the matching numbers for the massive prize.

This is the largest lottery win in Manitoba history and at first John said he didn’t realize he had actually won.

He said he bought the ticket online on Play Now. On the morning when the winning ticket was announced, he checked his account and said he didn't see anything saying he had won.

But that soon changed when he got an email later in the day from Play Now.

"I thought it might be a Free Play or something. But it said $60 million—I was confused, so I checked on PlayNow.com when I got home," John said as quoted in a news release from the WCLC.

He said when he got home and checked, it was saying he had won and he added he had missed it in the morning.

The rest of the Chua family was just as shocked as he was about winning, with Angie saying she didn't believe her son at first.

“He always plays jokes – he’s a joker, so I didn’t believe it,” Angie recalled her son telling her their family was about to be multi-millionaires.

"I just want to take the time and do the smart thing."