'If you don’t use it, you lose it': New plaza aims to preserve Canadian languages 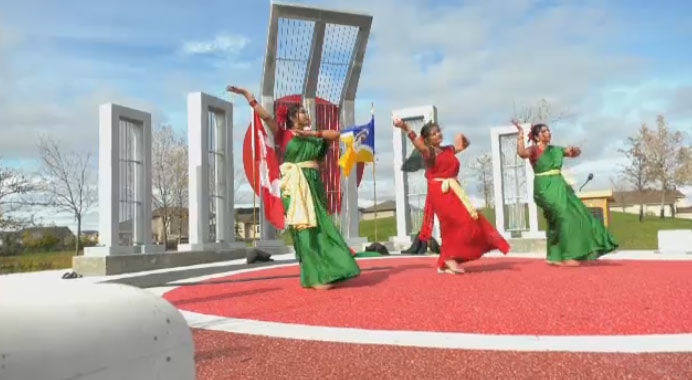 The new International Mother Language Plaza at Kirkbridge Park is a reminder of the need to preserve and pass down the hundreds of different languages spoken in Canada to future generations.
Winnipeg -

A new plaza in a south Winnipeg park has been unveiled, celebrating the importance of language, cultural diversity, and Canada's multicultural identity.

The new International Mother Language Plaza is a reminder of the need to preserve and pass down the hundreds of different languages spoken in Canada to future generations.

The principal of nearby Southeast Collegiate says it's important to recognize all languages to ensure they don’t disappear.

"Things do change and things will stop and just as my own language, when I attended school when I was younger, I was learning my language—Ojibway and Cree,” said Sheryl McCorrister, principal and executive director of Southeast Collegiate.

“Then they took it out of the curriculum for some reason. We were learning it anymore. So if you don't use it, you lose it."

The plaza in Kirkbridge Park was designed by Bangladeshi Sculptures and features a medicine wheel to acknowledge its on Treaty One territory.

Vaccine allergy? Experts say most past reactions not valid reason for exemptions

Whether people have held off on getting vaccinated because of a past reaction, or are seeking an exemption to inoculation mandates, experts say a previous allergic response doesn't mean you can't get your shots.