Immunization card concerns: What happens if you aren’t eligible to get one? 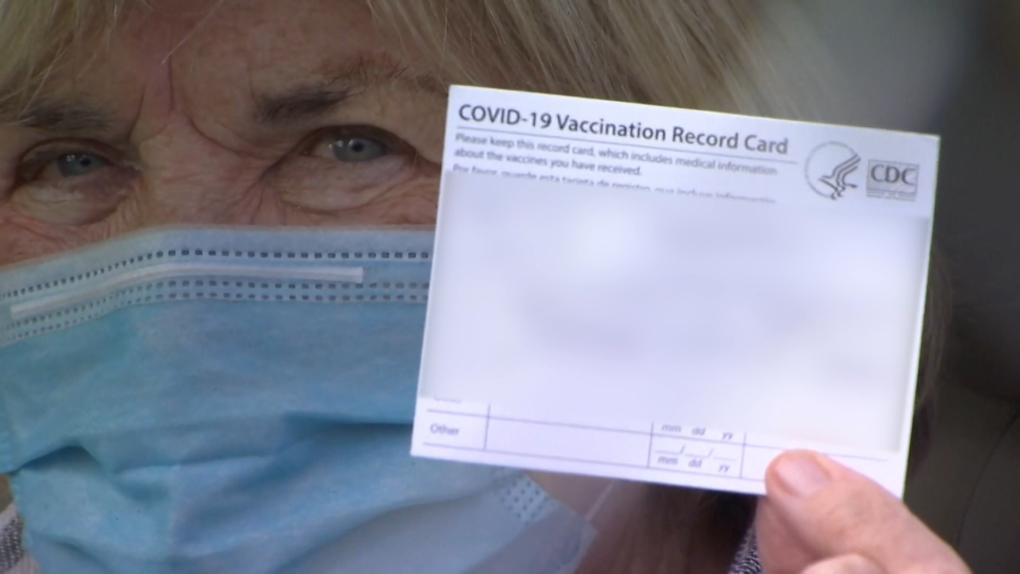 WINNIPEG -- New provincial COVID-19 immunization cards could open the doors to a life with fewer restrictions but, for those who are not eligible, there is potential for discrimination, according to one international student.

Concerns surrounding what documents will be accepted as proof of vaccination are front and centre for Callum Morrison, a graduate student from the University of Manitoba and a Scot by nationality.

Under current distribution plans the provincial government will only give out immunization cards to people with a valid Manitoba health card, two weeks after a person receives their second dose of a COVID-19 vaccine.

Morrison, who has lived in Manitoba since 2017, has been vaccinated but because he doesn’t have a Manitoba health card he can’t get an immunization card.

“Just issue the cards to other people,” said Morrison. “I don’t see why it could be so difficult. Almost every single person in the province already has ID issued from the government in some form.”

In response to Morrison’s concerns, the provincial government said if someone is not eligible for a Manitoba health card/immunization card they can contact their local public health office and they can provide a copy of a person’s immunization record.

“They say these two things are going to be seen as equal, but we’re going to have this problem where  99 per cent of people in Manitoba are going to have a card, and then whatever percentage is the remainder who don’t have access to this card will be using something else,” said Morrison.

When the Manitoba government unveiled plans for residents to prove they have been fully vaccinated against COVID-19 it came with some incentives.

People will not have to self-isolate after interprovincial travel or if deemed a close contact to a COVID-19 positive individual by public health officials.

They also get visitation rights to family members in hospitals, care homes and other health care facilities.

Morrison is concerned about not being able to enjoy those same privileges.

“If everyone in Manitoba knows someone who is already familiar with this card and someone else shows up with a record that doesn’t have the QR code on it, all this sort of stuff, they’re going to think I just typed this up at home,” said Morrison.

During a media briefing on Tuesday Premier Brian Pallister said the cards could be used for other things like going to provincially owned facilities. He also mentioned talks have happened with other provinces about using them across the country as proof of vaccination.

The cards will come in both digital and physical formats, with the digital copy available automatically after signing up online. A physical copy can be requested after registration is complete.

For someone like Morrison, who will have to get an immunization record, the process is more involved and could pose barriers to some people.

“It’s just not automatic and it’s still a hassle,” said Morrison. “Even if they are recognized by the government as the same, is the average citizen going to look at them and go ‘They’re the same?’"

With file from CTVs Dervon McKendrick