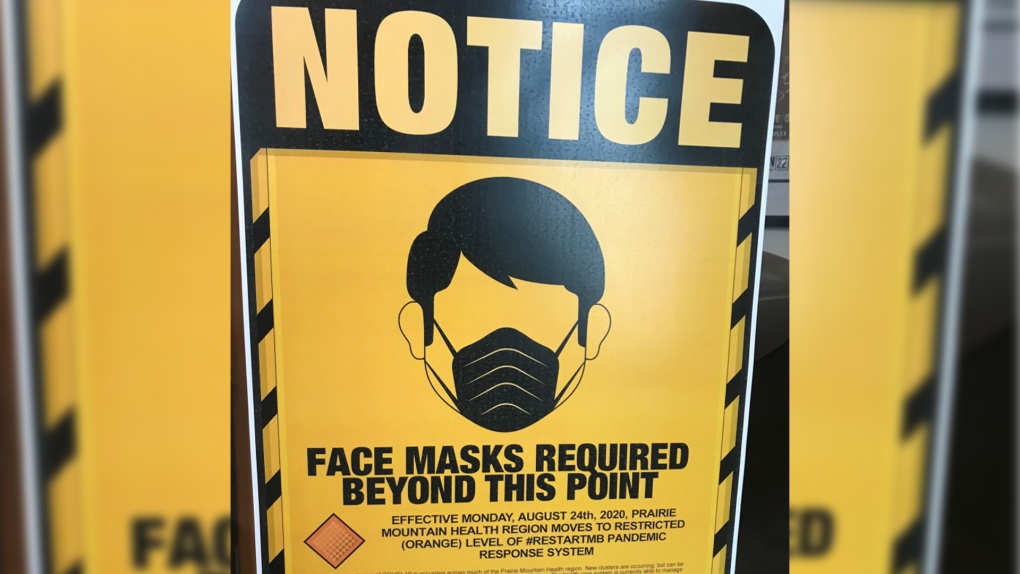 WINNIPEG -- Manitoba's attempt to cut rising COVID-19 numbers appears to be paying off, officials say, but it's leading to some public anger and a sharp rise in complaints to the province's human rights commission.

"I would say our office is dealing with anywhere between 50 to 100 calls per month on the mask issue, from individuals who are telling us that they're being denied access to retail premises or being asked to wear a mask for some reason or other," Karen Sharma, the commission's acting executive director, said Wednesday.

Overall call volumes are running about 30 per cent above normal, Sharma said.

"We tell people that the province's current mask mandate, from a human rights perspective, is generally not an issue unless ... that person does have a disability-related need not to wear a mask, in which case they might require some form of accommodation."

Manitoba has implemented a series of increasingly tough restrictions over the last two months as COVID-19 numbers have spiked. The most recent orders mandate mask use in all indoor public areas, require restaurants and bars to close except for takeout and delivery, and forbid people from having guests in their home with some exceptions.

The public health orders also require that when someone has come into close contact with a known COVID-19 case, that person must self-isolate, even from other members of his or her household.

"We are again hearing reports from public health contact tracers ... of very angry people on the other end of the telephone line when they're advising them that they're contacts or cases and need to self-isolate," Roussin said.

"When someone is isolating ... the whole purpose is that should you become a case, which a certain proportion do, you're going to have zero contacts. There's not anyone you could have passed (the virus) to."

Health officials reported 349 new COVID-19 cases in the province Wednesday and nine additional deaths. One death reported last week -- that of a Winnipeg man in his 20s -- was a data-entry error, Roussin said. The man has COVID-19 but is still alive and in isolation.

Manitoba continues to lead all other provinces in the per-capita rate of new infections, but Roussin said things could have been worse. The daily number of new cases has been relatively steady in recent days between 300 and 500.

"A few weeks ago, when we ... decided to initiate the further restrictions, our projections were calling for up to 800 cases a day by Nov. 22," he said.

"So we haven't seen the climb that we expected ... but we certainly need to get those numbers down quite quickly."

Hospitals continued to be pushed to near capacity Wednesday. The number of people in intensive care rose to 105. Sixty them were COVID-19 patients.

Roussin urged people to stay home as much as possible. The doctor, who also has a law degree, said people who feel a mask mandate violates the Charter of Rights and Freedoms are wrong.

Roussin pointed to the charter's first section which allows for reasonable limits on rights that can be prescribed by law.

"The drafters of the charter of rights realized that we need to be able to sometimes respond to very serious issues ... and we feel we're well within the scope of that."

This report by The Canadian Press was first published Nov. 25, 2020