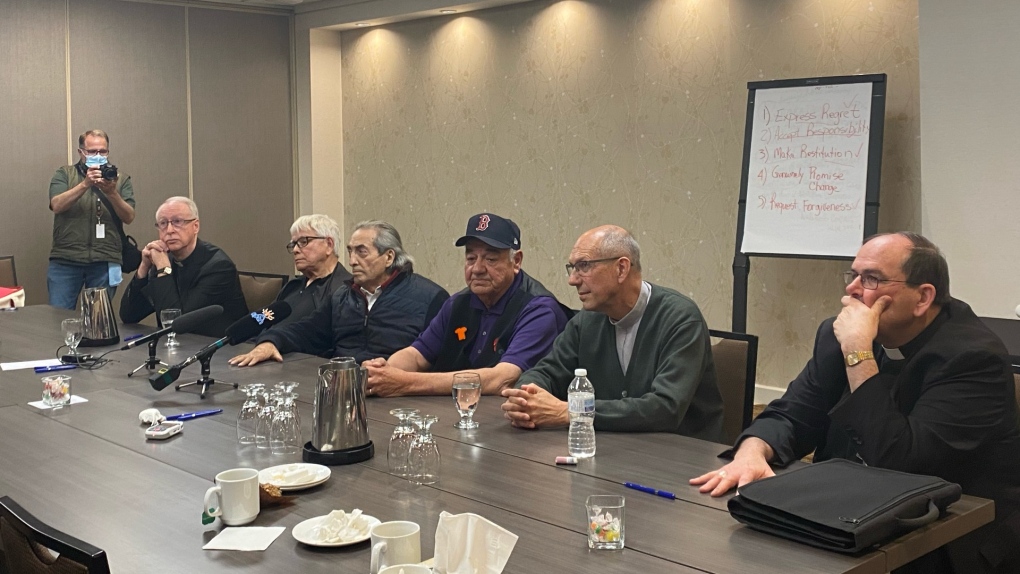 The wording of a papal apology is top of mind for Indigenous leaders, with less than two months to go before Pope Francis arrives in Canada to apologize to residential school survivors.

"We have a working relationship with the bishops," said Ted Quewezance, the appointed interim chair of the group, adding the Pope tasked the Bishops of Canada to work with the survivors in their specific regions. "We had discussions on it today, and that is happening in the regions. The bishops are working with survivors."

This meeting comes months after Indigenous delegates travelled to Rome to meet with Pope Francis. After hearing from the delegates, the Pope apologized and asked for forgiveness for the Catholic Church's role in Canada's residential school system. He vowed to visit Canada to apologize to survivors in person.

That promise of an in-person apology is coming to fruition this summer, with a papal visit to Canada scheduled from July 24 to 30.

"He is coming to our homeland, he is coming to Canada, he is coming to Treaty Land – and he has to say I am sorry for what happened to your people and your children on behalf of the Catholic Church," said Ken Young, the former regional chief for the Assembly of First Nations and residential school survivor.

"How he says it is the prevailing outstanding issue."

Richard Smith, the Archbishop of Edmonton, was among the bishops invited to the meet with the circle. He said while the Vatican is open to input on the wording of the apology, he said at the end of the day they will come up with what the Pope will say.

"I have a sense, as (Young) said, he will do the right thing, he will say the right thing whatever that ends up being because he really wants this to be a step forward," Smith said, adding the group had good discussions on what needs to be included in the apology.

"We have to take that to heart now and try to find the wording that will land well, land well for everybody. I don't think we are quite there yet, but we will be working at that."

Tensions were high in India's western Udaipur city Wednesday, a day after police arrested two Muslim men accused of slitting a Hindu tailor's throat in a brutal attack that highlights a dramatic escalation of communal violence in a country riven by deep religious polarization.