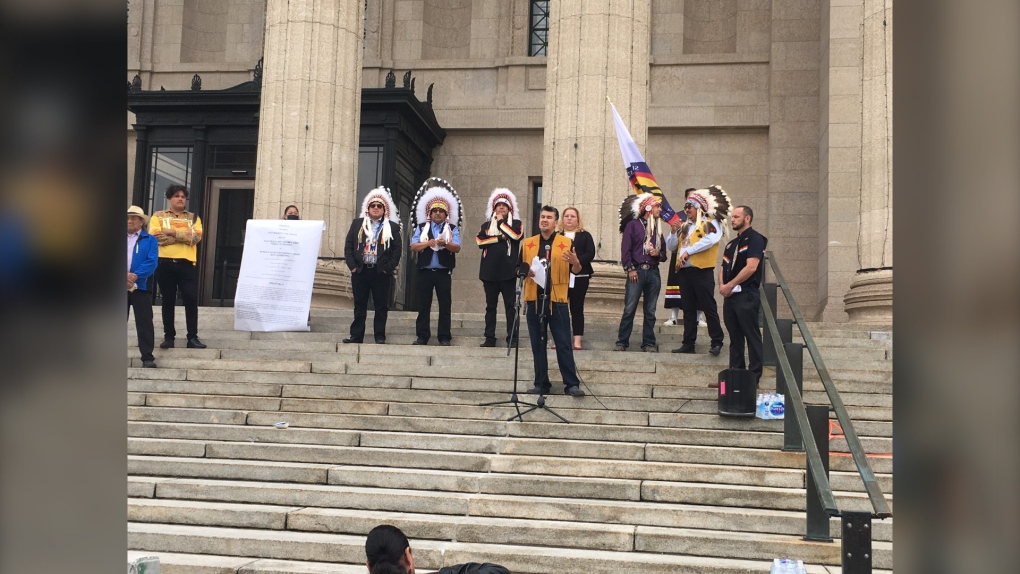 There are more resignations connected to the Pallister government as Indigenous leaders are calling for change.

After the two Queen statues were knocked down at the Legislature by some protesters honouring children of residential schools, the Premier made comments that our ancestors were here to build not destroy.

Many in the Indigenous community felt the remarks were revisionist and insensitive.

He has since apologized.

Still, that was the last straw for Darrell Brown.

The Indigenous entrepreneur has resigned from one of the province’s rural economic development boards, and Jamie Willson, a former Treaty Commissioner, has stepped down from a similar board.

Brown says he was already uncomfortable with some of the government’s actions like the ongoing dispute with the Manitoba Métis Federation.

“He needs to leave, I think that leadership needs to change, you’ve got to clear all that out and get some fresh faces in there,” said Brown.

In a statement a spokesperson for the premier thanked the outgoing board members for their service.

“Our government remains focused on advancing reconciliation and working respectfully and collaboratively with all Indigenous and all non-Indigenous Manitobans on this important path forward."

On the steps of the Legislature Monday, Indigenous leaders and others from Treaty 5 First Nations released a call to action to stop racism.

They were clear, the government needs to change its ways towards reconciliation or move on.

“I’m tired of talking to Pallister, I give him every opportunity to have meaningful dialogue,” said Dumas.

One of the measures Treaty 5 First Nations are calling for is for provincial public servants to be educated on the history of Indigenous people including residential schools.

A spokesperson for Minister Lagimodiere says the department looks forward to reviewing the action plan and working collaboratively.

Lagimodiere was making calls over the weekend with First Nations leaders to repair the damage from his comments.

Settee says if Lagimodiere wants to make progress he needs to meet with them in person.