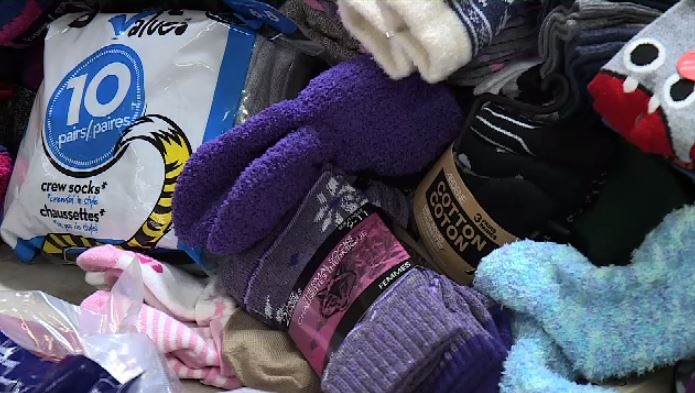 WINNIPEG -- A Winnipeg community health centre is looking for donations to help prevent an infection that first became known in the First World War.

Nine Circles Community Health Centre, located on Broadway, is asking for footwear and sock donations to help the under-housed in order to prevent trench foot, an infection caused by having wet feet for extended periods of time.

Trench foot can be extremely painful, and can cause sores and open cuts. The infection is even worse for those who spend a lot of time on their feet.

According to Chance Dupuis, the health education facilitator at Nine Circles, trench foot made an appearance in the city when it started to snow.

“So we really wanted to start preparing for that and provide folks with things like rubber boots, warm boots and socks to prevent a very preventable infection from happening.”

Though donations have been going well, Dupuis said the demand is high and boots are often given out within minutes of being donated.

Anyone interested in donating can drop off the items at Nine Circles between 9 a.m. and 5 p.m. from Monday to Friday.

Nine Circles is requesting footwear from our community members to assist the under-housed as we prepare to move into the spring season and see a rise in trench foot. If you have footwear you want to donate, please drop-off at 705 Broadway between 9 am – 5 pm, Monday to Friday. pic.twitter.com/tWYsCj36iQ