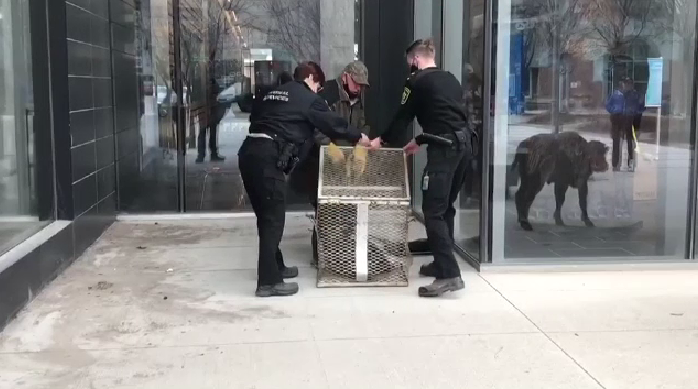 Manitoba’s Wildlife Haven Rehabilitation Centre has a new patient, who has traded its urban lifestyle for a more tranquil setting.

An injured wild turkey was rescued Friday in the heart of downtown with the help of teams from the Winnipeg Police Cadets, Manitoba Conservation and Animal Services.

The turkey was taken to the Wildlife Haven Rehabilitation Centre in Île-des-Chênes, where he was examined and is now resting before a scheduled vet appointment on Monday. 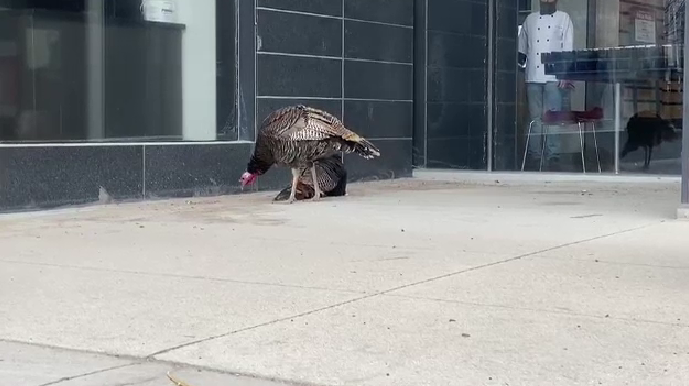 Carter Phillips, a wildlife rehabilitator with the centre, said it appears the turkey may have a broken toe but said the severity of the injury is unknown.

“It depends on what the vet finds,” said Phillips.

Treatment could be as simple as a fractured bone set, but Phillips said amputation of the tip of the toe is also possible. While that sounds extreme, Phillips said turkeys don’t need talons to hunt because they are foragers, so the missing nail wouldn’t be too much of an inconvenience.

This turkey is another to add in a growing list of fowl sightings in the Winnipeg area. Not uncommon this time of year, Phillips said this is the first time he can remember an injured turkey was rescued from the downtown area.