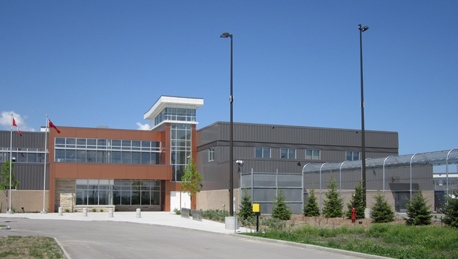 WINNIPEG -- An inmate at the Women's Correctional Centre in Manitoba died over the weekend.

Manitoba Justice said in a statement on Monday that a 40-year-old woman who was in custody at the Women’s Correctional Centre died on Saturday, May 15, 2021.

The province did not provide any details regarding the death, citing privacy reasons.

The province said the woman's family has been notified. A spokesperson for Manitoba Justice told CTV News they can’t advise on the cause of death. They confirmed Manitoba Justice will be conducting an internal review.

The death has been reported to the Office of the Chief Medical Examiner, as required by law.

Manitoba RCMP told CTV News it is investigating the death, and is awaiting results of an autopsy.

According to Manitoba Justice, this is the first death in custody at the jail since it opened in 2012.