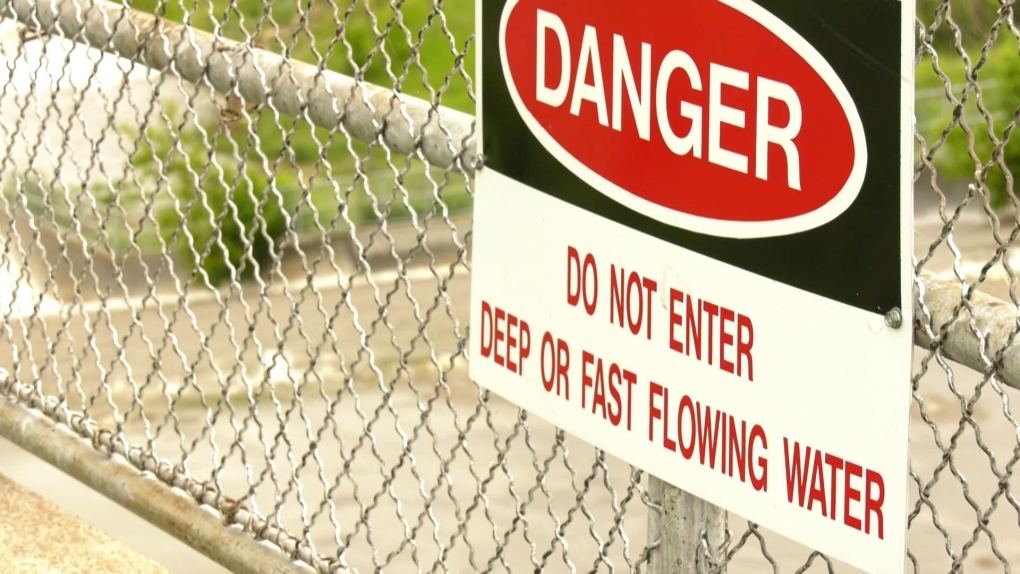 The dam near Rivers, Manitoba is pictured on June 30, 2020. The province said significant rainfall is causing the dam to experience a one in 1,000-year flood. (CTV News Photo Glenn Pismenny)

WINNIPEG -- The Manitoba government announced on Monday the provincial dam at Rivers, Man., has no substantial damage, and evacuated residents can return home.

CTV News reported earlier this month dozens of people were forced from homes in the area due to concern over the dam’s potential failure. The dam is located at Lake Wahtopanah on the Little Saskatchewan River.

In a news release on Monday, the province said it conducted onsite investigations using probes and water level monitoring to determine the safety of the dam.

“The engineering assessment based on current conditions shows no substantial amount of damage to the dam from record flows over the past two weeks,” he said.

Staff at the Manitoba Emergency Measures Organization will contact municipalities about safe-return procedures.

The province noted it will still monitor the dam 24 hours a day until water levels have gone down. It also urges that all use of Lake Wahtopanah be suspended until the water recedes further.