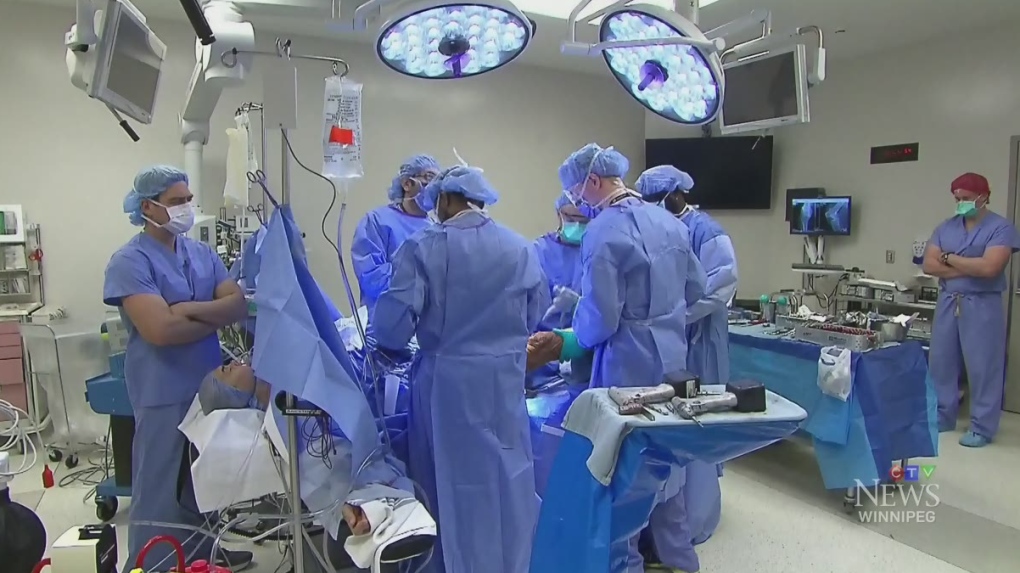 After a weekend where non-emergency cardiac surgeries were temporarily cancelled in Manitoba to make room for more intensive care patients, some health care professionals say the move – even if temporary – is a major sign of concern.

“One of the things that it tells me is just what level of chaos and crisis our health care system is in right now,” said Thomas Linner, provincial director with the Manitoba Health Coalition, a health care advocacy organization.

“Those are all life-saving surgeries,” said Linner, “Yes they were scheduled and so deemed ‘elective’ but I can tell you without them, I wouldn’t have a brother.”

In a statement, Shared Health said the postponement of three non-emergency cardiac surgeries was largely due to “continued pressure on (Manitoba) ICUs… coming from the unvaccinated population.”

“This sustained surge, in addition to our ongoing challenges in consistently staffing these extra ICU beds, are impacting our ability to provide care for other Manitobans.”

As of Monday, 92 per cent of patients in the ICU due to COVID-19 were not vaccinated.

"It may have been just a blip in the system due to staffing challenges,” said Gordon, “But it is certainly not widespread or indicative of what’s happening across the regions.”

“A pullback on doing elective cardiac surgeries on Friday is, again, a canary in the coal mine,” said Jacobsohn. “If we were really in great shape that would not be necessary.”

The number of Manitobans currently in the ICU due to COVID-19 is rising, from 24 patients towards the end of November to 30 patients as of Monday. 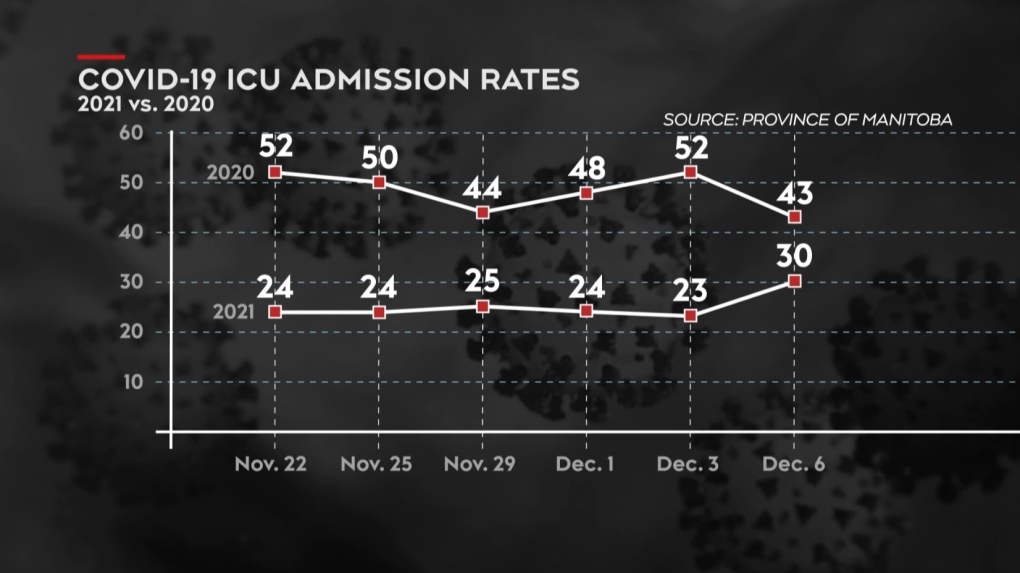 A comparison of Manitoba ICU admissions due to COVID-19 in November and December 2020 and 2021. (Source: CTV News Winnipeg)

Despite the lower numbers, Dr. Jacobsohn said the profile of ICU patients has changed, causing a more acute strain on the health care system.

Last year, Manitoba alleviated ICU-related pressure by sending patients outside of the province.

That hasn’t happened yet, though Dr. Jacobsohn and the Manitoba Health Coalition both note that patients are already being moved around the province far distances.

"We know that there are people being transferred within the province of Manitoba itself, some, for whom, if they actually transferred them to another province, would be a closer drive for families,” said Linner.

“That’s the situation that we’re in right now.”

The U.S. House committee investigating the Capitol insurrection issued a new batch of subpoenas Tuesday to some of Donald Trump's closet advisers, including Rudy Giuliani, as the committee inches closer to the former president.