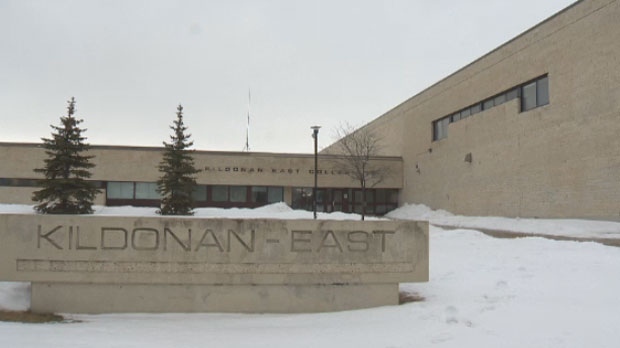 Winnipeg schools were placed to lockdown Thursday after an intruder walked into a school. (File image)

WINNIPEG -- Winnipeg schools were placed in hold and secure Thursday after an intruder walked into a school.

In a letter posted on the Kildonan-East Collegiate website, the school's principal D.F. MacFarlane said a person had been seen around the school's property on Wednesday. The administration said the person had no reason to be there.

Things escalated on Thursday, when the individual walked into the school, forcing the classes to go into a hold and secure. The person was escorted out of the school and the police were called, the letter said.

MacFarlane said the person later returned to the area and the school was placed into a lockdown.

CTV News has learned two other schools were also placed in hold and secures.

Police began searching the area for the individual, and Kildonan-East Collegiate said it ended its hold and secure shortly before 2 p.m.

"We want to reassure you that safety is of primary concern," the letter said. "We will work with our staff, students, families and the Winnipeg Police Service to ensure that Kildonan-East Collegiate continues to be a safe place for all members of our community."

Police confirmed the incident to CTV News Winnipeg, saying there was a report of a suspicious person in the area.

Const. Rob Carver of the Winnipeg Police Service said it looks like the person may have been known to one of the schools.

Carver said there does not appear to be any threat to the community.