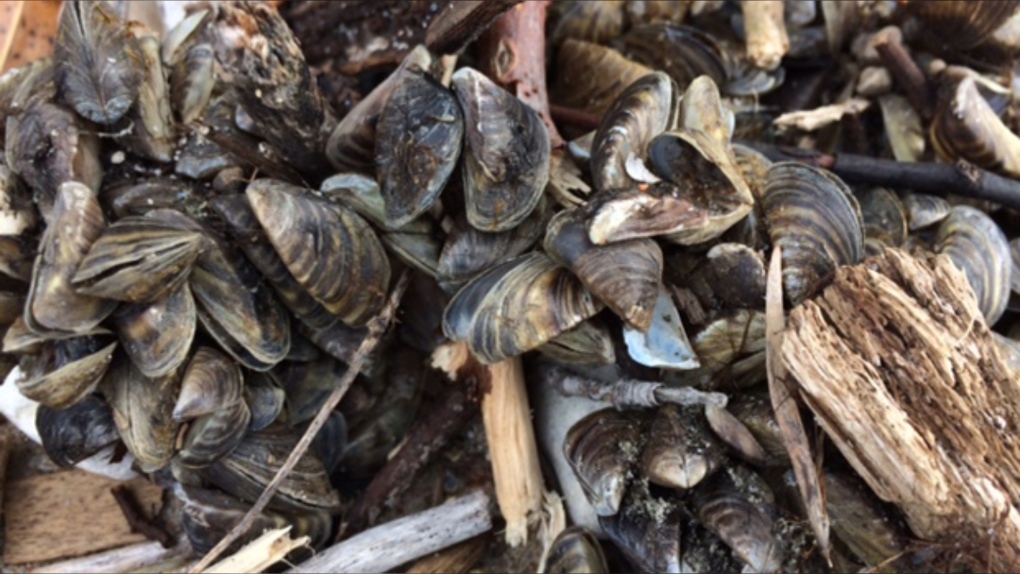 WINNIPEG --  Adult zebra mussels have been found in a Manitoba lake, the Agriculture and Resource Development sector of the Manitoba government has reported.

The mussels, which are considered an invasive species, were found in Sipiwesk Lake, located north of Cross Lake, and is part of the Nelson River.

The government said this is the first time the mussels have been found in the lake.

The province said zebra mussels were first found in the South Basin of Lake Winnipeg in 2013. It expected that the mussels would move down the Nelson River naturally, and therefore the province designated the area as an aquatic invasive species (AIS) control zone in 2015.

The province then announced in August 2019 that the mussels were found in the Nelson River for the first time.

At that point, officials with the province notified nearby communities and stakeholders to tell them of the discovery.

Zebra mussels can cause a variety of problems for affected bodies of water as they can impact community drinking water systems.

They can also affect boat motors and shorelines. The mussels can also have negative impacts on water-based industries such as commercial fishing, lodge operators, and local tourism.

There are bait and decontamination requirements that are in place at AIS control zones and people with boats, including canoes and kayaks, must stop at watercraft inspection stations when they are open.

The inspection stations are open until the middle of the fall.