'It just turns so bad, so fast': Manitoba mother worried about COVID-19 diagnosis in child 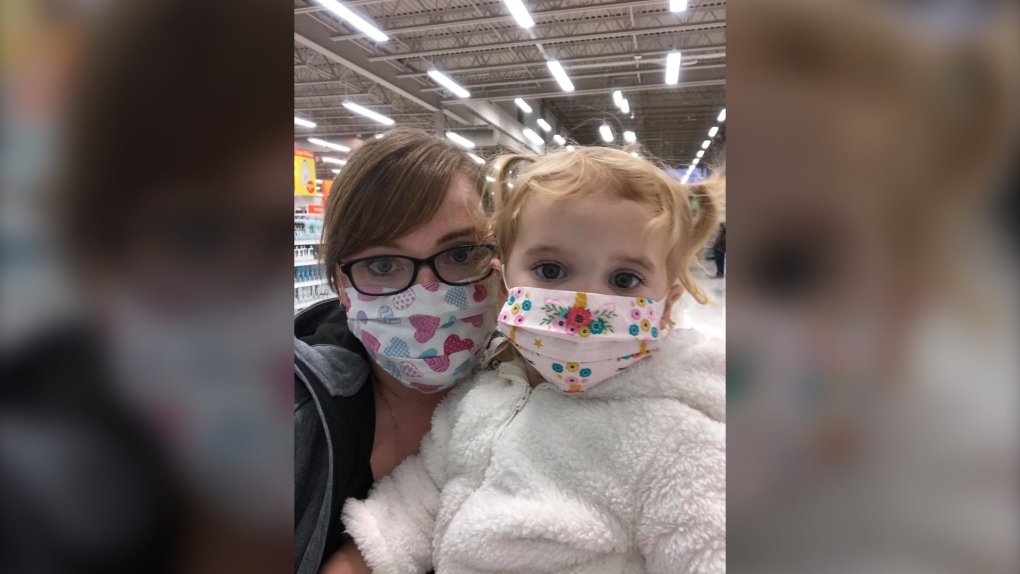 WINNIPEG -- A Manitoba mother is concerned about the impact of COVID-19 on her daughter, who lives with a rare condition that makes the effects of the illness much more serious on her.

She wants people to start taking COVID-19 seriously in her community, which has seen an anti-mask demonstration this month and a soaring test-positivity rate.

Cari-Lynn Thiessen of Steinbach, Man., along with her two-year-old daughter Hallie, were both diagnosed with COVID-19 this week.

“I can’t relate this through anything else I’ve been through before,” Cari-Lynn said.

As a result, Hallie can only eat a formula through a feeding tube, and the family has to hide other food in the house.

“We can’t eat meals together, or have snacks in front of her, there’s no such thing as going for a walk to get ice cream in the summer,” she said, noting if she ate the food, it could result in a trip to the emergency room. 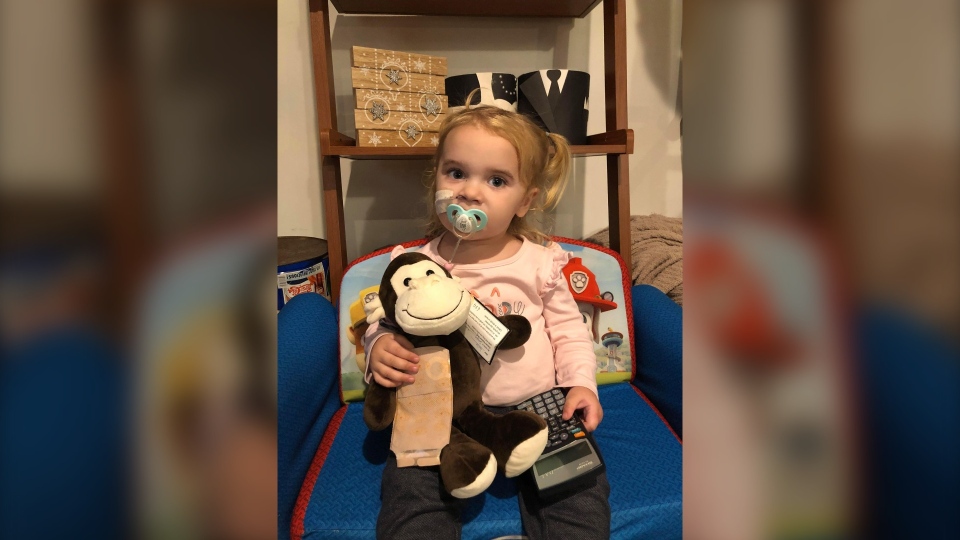 Last week, Cari-Lynn and Hallie both went for COVID-19 tests, receiving positive tests on Monday. Her husband and Hallie’s sister Addison have also been tested and are still awaiting results.

Cari-Lynn said the week before the diagnosis, she noticed Hallie had a fever, which wasn’t unusual due to her condition. For herself, she started feeling sick and fatigued, and then the COVID-19 symptoms appeared.

“The next morning, I woke up, and it felt like I was just run over by a truck,” she said. “I particularly really had a lot of breathing issues. There were several days where I was laying in bed, and it felt like I had run 30 flights of stairs, and I was just gasping and could not catch my breath, which is really scary.”

WATCH MORE: Mother with COVID calls on Manitobans to step up

While Cari-Lynn is feeling better, she said Hallie is still showing symptoms.

“She basically is crying all day, all night, and she’s not really wanting to drink her formula, which is a big issue for her,” Cari-Lynn said, saying Hallie can get dehydrated quickly due to her condition.

“It just turns so bad, so fast. Some of these symptoms that might seem kind of familiar, like ‘my kid had a cold and he felt like that too,’ well, it’s not like that for Hallie, because for her, two days from now, it could mean we’re in the hospital because she’s so dehydrated, or throw up so much that her feeding tube won’t stay in.” 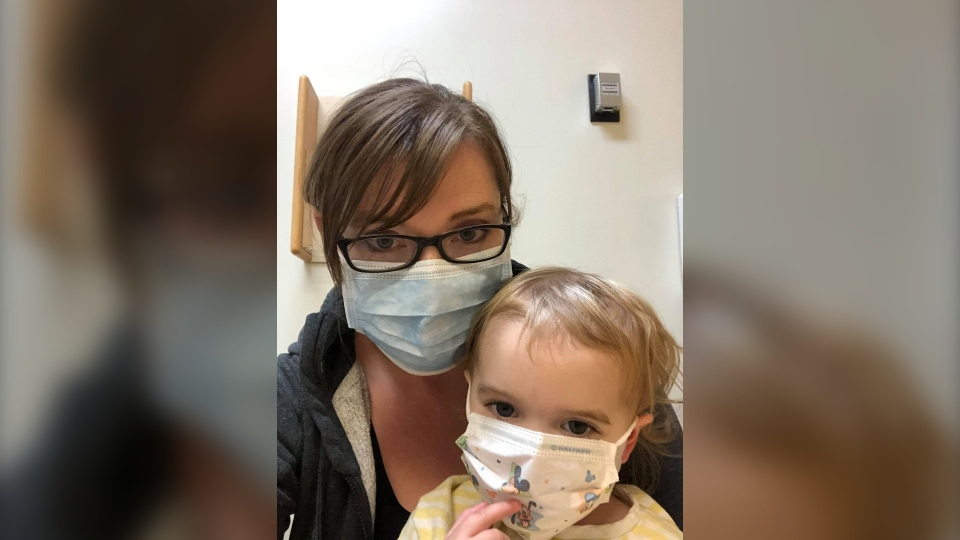 Cari-Lynn said most doctors consider Hallie immunocompromised and said her doctor stressed that the family does their best to keep her healthy.

“Just from past experience, when the rest of us get a little sick, she gets a whole lot of sick,” she said.

Steinbach has made headlines for its high COVID-19 test-positivity rate, which reached 40 per cent earlier this month. The community also saw an anti-mask demonstration two weeks ago.

Cari-Lynn said seeing what has happened in the city is “heartbreaking.” She said the city has shown her family a lot of support, but not adhering to public health restrictions is sending a mixed message.

“They want the best for Hallie, but then they’ll do these things like refusing to wear their masks, and going to rallies where they’re literally fighting against wearing masks."

She wants her community and all of Manitoba to be more considerate of others, especially those with underlying conditions.

“(I hope) the next time they go out, or think of having people over, that they think twice and they’ll maybe think about Hallie and how much this is affecting our family, so they can try and prevent that for someone else.”

-With files from CTV’s Mike Arsenault. 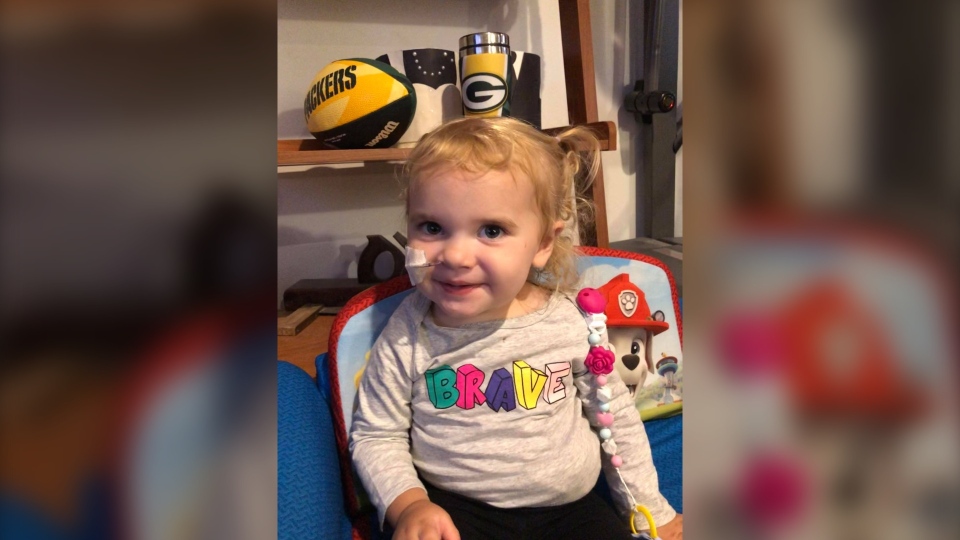