'It's going to be a while': Flooded communities in Manitoba begin cleanup 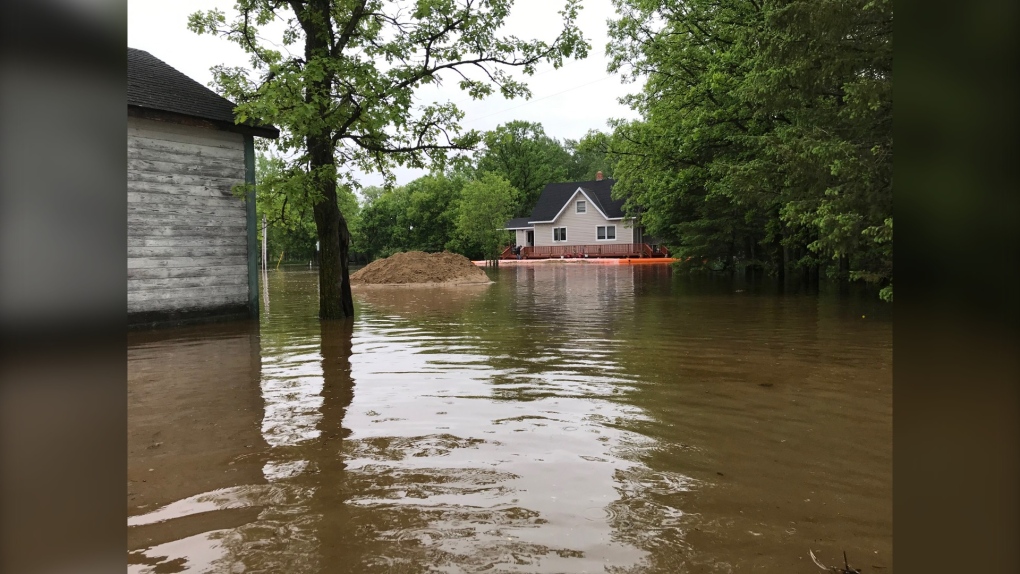 An image taken on June 9, 2020 showing the flooding in the RM of Stuartburn, caused by heavy rains. (Source: Mike Arsenault/ CTV News Winnipeg)

WINNIPEG -- Flood waters are starting to go down in the Rural Municipalities of Stuartburn and Piney after heavy rains washed out roads and forced evacuations, but officials say they are not in the clear yet.

While conditions have improved, local states of emergencies remain in place for both the RMs in southeastern Manitoba. Currently seven permanent residences in Stuartburn remain under a mandatory evacuation.

"The water is starting to recede and we are in clean-up and repair mode," said Lucie Maynard, the chief administrative officer in Stuartburn.

She said work is ongoing to repair gravel roads that had been washed out or damaged during the flooding, as well as unplugging culverts.

Maynard said it may take several weeks to a month to repair the roads in the RM.

"It's going to be a while, we have lots of roads," she said, adding drivers are encouraged to be cautious.

In the RM of Piney, work to clean up after the flood continues, though the state of emergency remains in place for the time being.

"We're trying to get back to normal, and we're hoping that the rain holds off because we don't need any more rain right now – everything is basically full," said Wayne Anderson, the Reeve of Piney.

While the flood washed out a number of roads and caused 'substantial damage' in the RM, Anderson said Piney was not hit as badly as Stuartburn.

As the RMs begin to clean up, Maynard said the cost of the flood is starting to add up.

She said a rough estimate of the costs caused by the flood is about half a million dollars, though she says that price tag could increase. She said this does not include all the costs of repairs.

The Province of Manitoba told CTV News that it is tracking the event in the RMs closely, and has been working with the municipalities to understand the impacts the heavy rains.

It said the province's Hydrological Forecasting Centre has been providing the municipalities with regular flood updates. The province also supplied Emerson-Franklin, as well as the RMs of De Salaberry, Reynolds and Stuartburn with flood response equipment and water-filled barriers.

Maynard said the province was helpful in the response to the flood, and said the Stuartburn council will be discussing seeking financial assistance from the province.

With potential for more rain in the forecast, Maynard said the state of emergency in Stuartburn will remain in place for now.

"I know there is some nasty weather that is potentially coming that could produce some rain, so better safe than sorry." 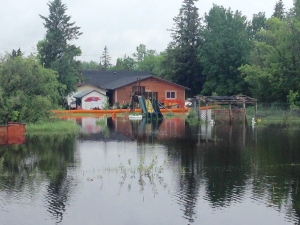