'It’s just a blast': What it’s like being a TikTok creator in Manitoba

'It’s just a blast': What it’s like being a TikTok creator in Manitoba 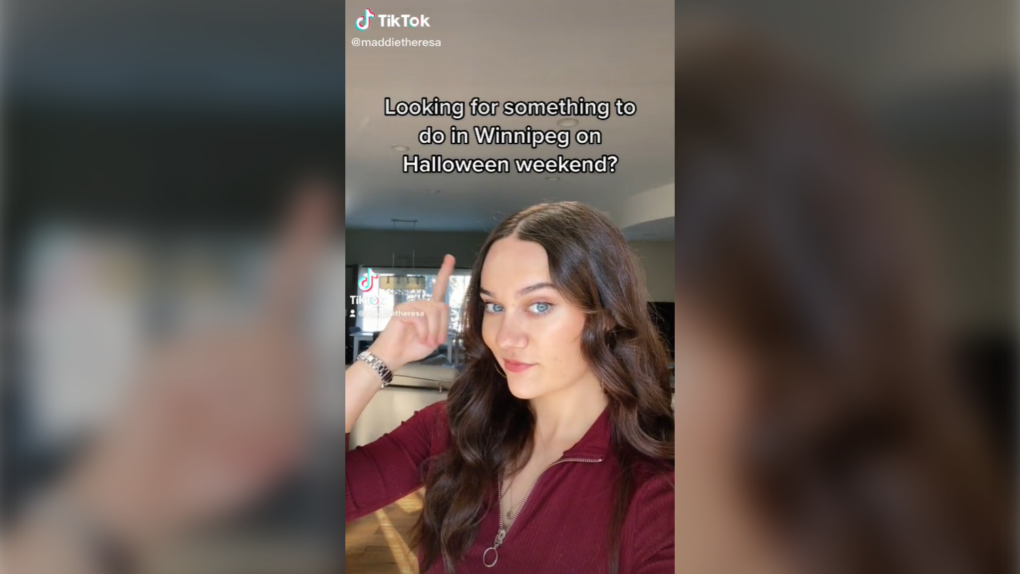 Manitobans who are finding a following on TikTok are using the popular social media platform to promote themselves and their communities to a worldwide audience.

Winnipegger Maddie Thompson has more than 1.6 million likes and 64,000 followers on TikTok, but she said she wasn't really into the app when she first started posting on it a few years ago.

"I always thought it was really stupid, I'm not going to lie, and this was also back when everybody was just doing the dances. And I didn't want to do the dances, I can't dance for my life," said Thompson, who goes by @maddietheresa on the platform.

Thompson's first "viral video" was one that followed a TikTok trend, basically copying the format of other popular videos. "We saw this trend on TikTok where people would show on wikiHow how to run on the treadmill or something for example," said Thompson. "My brother and I would recreate the funny wikiHow photos, and it would just be a really good video."

Thompson said that video got around 2,000 views, "for a first video that’s not bad, and it was fun!"

She was instantly hooked and began posting videos up to five times per day. "I had a crazy viral post within my first two weeks, I think it's at three million views," she said. "It was the water trend where you have a piece of paper in the sink and you dump water on the paper, and it just motivated me to keep creating content, and I truly enjoyed it."

"I just found a really good niche in Winnipeg specifically. If you target a place on TikTok, the videos do way better than if you just post something general.

"I always get comments from people saying how I make Winnipeg look so good, and I love that," she added.

For Brittany Isfeld - a creator from Gimli, Man. - posting on TikTok was about anonymity at first.

"I didn’t want to make videos about my everyday life on Facebook, so when I saw TikTok I'm like, 'oh it’s a place I can go, no one will really know who I am, and I'll just share my life,'" said Isfeld.

But that changed after her first viral video, "I did a video of me cleaning my old house … and it got like a few million views," said Isfeld. "All of a sudden people were like 'oh, I see you on TikTok all the time!'"

Isfeld, who goes by @brittskibear on the app, said having more than 2.3 million likes and nearly 33,000 followers means she is recognized in public often. "Oh my goodness, all the time, I'm like 'thanks guys,'" she said.

It's an experience Thompson can relate to.

"It's either they come up to me and ask me if I'm 'the TikTok girl,' that’s what they say, or I can tell that they're looking at me from a distance and recognize me to some extent but they won't come up to me."

Thompson said she is recognized so often now that she's gotten used to it. "I love it when people come up to me, because it shows that people actually see my content and it matters. It makes people happy," said Thompson.

The 21-year-old has parlayed her TikTok fame into a social media marketing business. She now has seven employees and loves the career she has found for herself.

"It's just a blast, I get to help entrepreneurs every single day with their online presence, and I get to help them grow their brand," she said.

She said her TikTok following is also helping her grow on other social media platforms.

"It'll affect my Instagram as well, it'll help me get clients, and it'll do all this other stuff, build up my personal brand for the future," said Thompson.

Isfeld said she never used to concern herself with her numbers, but as her videos grew in popularity, the analytics became more consuming.

"I remember like 200 views was so crazy, and then all of a sudden you hit a million views and you're like there's a million people who have watched my video," she said.

She has documented the last few years of her life on TikTok in vlog-style videos, from her home renovations to flight training to her battle with MS, and running for a seat on Gimli's municipal council in October. She didn't win but said that her TikTok followers kept her motivated during the campaign.

Isfeld has been digging into her TikTok statistics lately to put together proposals for social media and tourism freelance work.

"One of the things I can offer in sponsorship packages is me coming to your establishment and making videos," said Isfeld. "I find a lot of the time when I make my quick little videos of 'best dive bar' they go pretty big, and people go and see those establishments."

Isfeld was approached by a wig company to promote their products and had a successful series of tourism videos promoting Gimli as a destination last summer.

"That all came up because of a troll saying, 'there's nothing to do there, it's terrible, I would never go back,' and I'm like, 'oh yeah? Well here, I'll show you things you can do every day,' for however many days that I did that," said Isfeld.

The 36-year-old even got a free trip to Las Vegas from one of her followers.

As far as chasing trends goes. Isfeld said that's not really her style.

"It's whatever's current in my life," she said. "I know what works in my videos, so when I'm creating something I know how to set it up so that it gets more views, but when it comes to following trends, not really," said Isfeld.

"The more raw I am, the more responses I get. It's all about being relatable."

The U.S. military on Saturday shot down a suspected Chinese spy balloon off the Carolina coast on orders from President Joe Biden, after it traversed sensitive military sites across North America, becoming the latest flashpoint in tensions between Washington and Beijing.