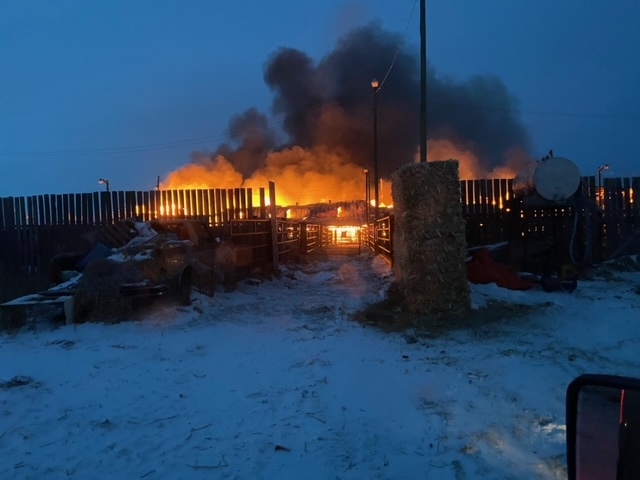 WINNIPEG -- A historic livestock auction market in Pipestone, Man. went up in flames Monday night, destroying the facility and leaving the family-owned business with questions about the company’s future.

Gene Parks, the owner of Pipestone Livestock Sales, said his son was feeding cattle in the feedlot pens at around 6:30 p.m. on Monday, when he noticed a puff of grey blowing off the market complex roof. He thought it might be blowing snow, but went to investigate.

“He opened the door to go into the main office area from outside and the place was full of smoke,” said Parks. “It just spread from there, and in no time, it was completely ablaze.”

Parks said the damages are extensive, with only 10 per cent of the structure remaining. He said the remaining structure will be knocked down for safety reasons. 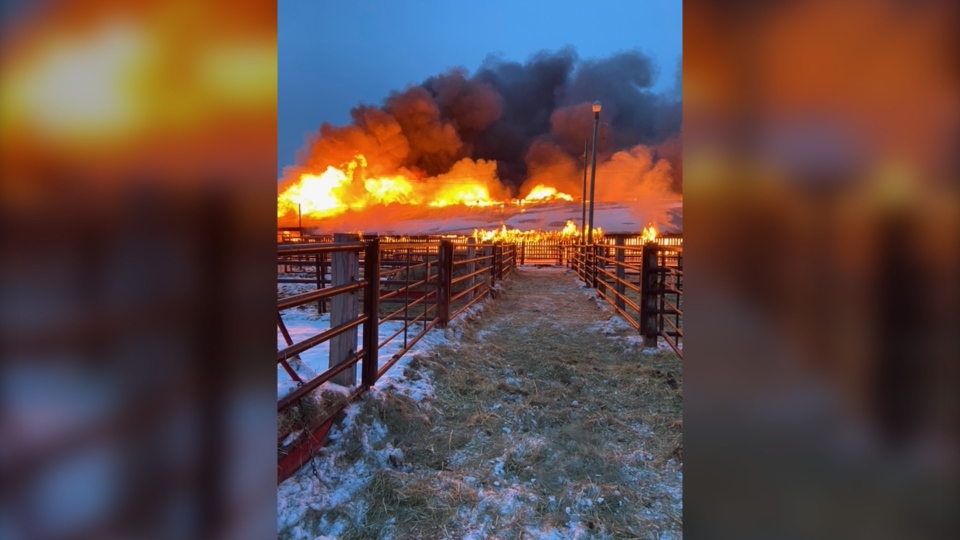 A provincial spokesperson said the fire was determined to be electrical in nature with damages estimated to be $500,000.

There were no injuries reported to people or livestock, despite some cattle on the property. Parks said his son was able to move some cow-calf pairs to safety before the blaze engulfed the property. He said they were fortunate the fire didn’t happen on a sale day, when the number of cattle in the facility would have been much higher.

Now, the family is waiting on permission to start cleaning up the site before they can begin making decisions on the future of the operation.

The history of the auction market begins long before the Parks family became involved in 1985. First founded in 1958 as the Southwest Manitoba Cattle Feeders Association, it was the first rural livestock auction market in the province.

Back then, cattle were sold off the corral fence, pushed across the road to a holding pen on the railway track, and then loaded onto boxcars headed east or west. An upgrade in 1959 put a roof over a scale.

“It’s a market that’s got lots of memories. People from all over southwest Manitoba, southeastern Saskatchewan, delivered cattle to us,” said Parks.

“It gave families an income for them. It sent kids to school and university. We had a lot of people who worked here over the years. It’s more than a market.”

With computerization, fewer people worked at the facility than in previous years, with Parks saying the fire will affect about 15 employees.

“We got a lot of work ahead of us before we get back to the point of selling cattle, or how we are going to sell cattle or market cattle in the area,” said Parks.