‘It’s staggering to see those numbers’: Incidents of online child sexual exploitation on the rise in Canada 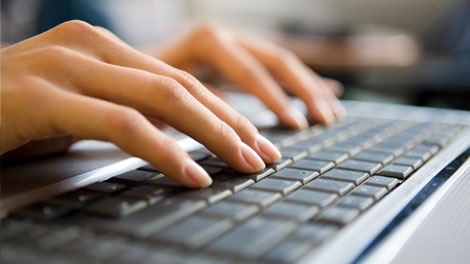 More children are falling victim to online child sexual offences across Canada, a new federal report shows, with the COVID-19 pandemic playing a role in a recent surge in incidents.

The report, published by the Canadian Centre for Justice and Community Safety Statistics, analyzed the number of incidents of online child sexual exploitation and abuse between 2014 and 2020.

In 2020, there were 131 incidents of online child sexual exploitation and abuse per 100,000 children and youth in Canada, more than double the rate documented in 2014, when such cybercrime data was first nationally collected.

"If we keep the current model in place, which is no rules and regulations online, we're going to keep seeing these numbers increase," she said.

The report noted the COVID-19 pandemic likely played a role in an uptick in incidents in 2020, which saw a 35 per cent increase in the rate of police-reported online child pornography compared to 2019.

“There's an increased amount of time online and it’s particularly affecting adolescents,” said Arnason, “We’re seeing luring, sextortion, doxing, all of this is happening to the teenage population.”

Most of those teenage victims are adolescent girls between the ages of 12 and 17, accounting for 73 per cent of identified victims, according to federal data.

In comparison, boys in the same age range made up 11 per cent of the total.

The new report also delved into regional differences across provinces and territories between 2018 and 2020.

Quebec accounted for the largest proportion of persons accused of online child sexual exploitation and abuse, at thirty-nine per cent.

When accounting for population, Quebec also had the highest rate across provinces, with eight people accused per 100,000 people in the province.

Manitoba was close behind, at a rate of seven people accused per 100,000 of the population, second among all provinces.

Most of the incidents involved child luring offences in Quebec and Manitoba, along with British Columbia.

Despite those findings, Arnason doesn’t think Manitoba has a bigger online child sexual exploitation problem than any other part of Canada.

“This problem exists everywhere,” she said, “There’s no ‘centre’ in this country or part that’s immune to this issue, that’s the nature of the Internet.”

The Canadian Centre for Child Protection is part of an advisory committee to Heritage Canada that is currently working on an online harms bill that will help form a regulatory framework for online safety.

“We've got to put a regulatory framework in place on the Internet because this just isn't working,” said Arnason.

Former U.S. President Donald Trump has paid the US$110,000 in fines he racked up after being held in contempt of court for being slow to respond to a civil subpoena issued by New York's attorney general.