'It was quite frustrating': Support workers caring for people with special needs upset over no access to government support program 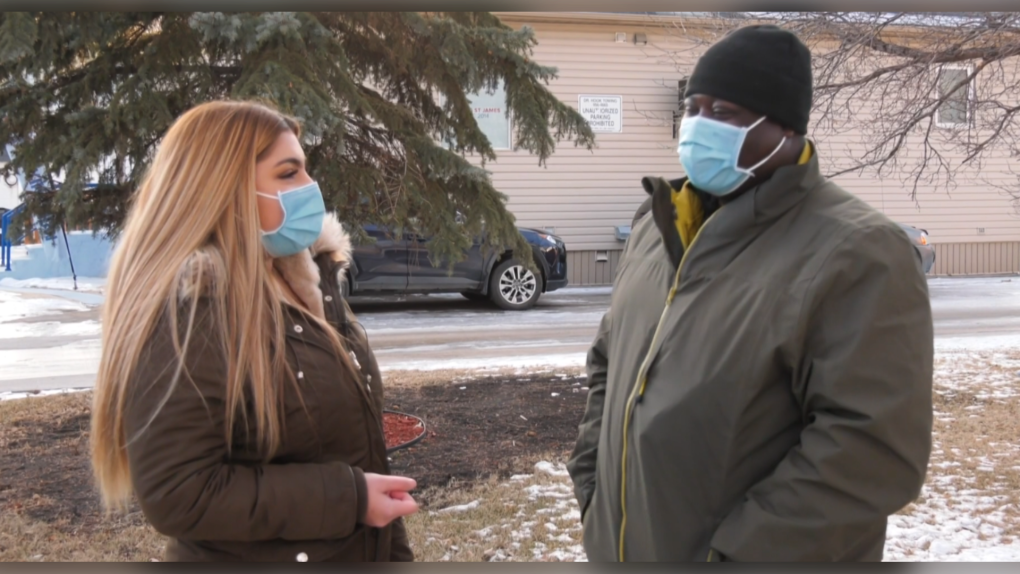 Carlina Urso and Errol Edwards are support workers who care for people with special needs and are upset they don't qualify for a subsidy set up by the province. (Source: Mason DePatie)

WINNIPEG -- Support workers who care for people with special needs outside their homes say they are being excluded by a subsidy recently announced by the province.

The Caregiver Wage Support Program adds an extra $5 an hour to the workers' wages.

Carlina Urso and Errol Edwards, who have been taking care of more than 50 people living with disabilities during the day for a combined 18 years, said they were upset to see they didn't qualify.

"It was quite frustrating because we provide a very similar service as their residential homes would," said Urso.

Edwards said it was surprising they were left off the list, considering they were deemed an essential service earlier this year.

"When the guys that we support stay home and are out of their routine, they may tend to hurt themselves. What we try to do is get them back in their routine," said Edwards.

Kevyn Alex, who is an educational assistant, feels other professions like his, should also be included in the subsidy.

"I was fairly disappointed when I found out that a lot of workers, not just indirect support workers and educational assistants, were being left out," said Alex.

Alex also supports a man who has muscular dystrophy and because of this, he wrote a letter to his MLA asking the government to change who is eligible.

A spokesperson for the province told CTV News, "The COVID-19 pandemic has created significant challenges for front-line workers in congregate care settings, such as long-term care facilities, group homes and shelters, because these are residential facilities. Clients often remain there if they develop COVID-19 symptoms or test positive for the virus. Staff continue to care for residents who are ill and must also support residents as they self-isolate to limit the spread of the virus."

However, Alex said all support workers are at risk.

"In most cases, the criteria for a six-foot distance when you're supporting someone who has a high level of needs is just not possible," he said.

Urso said at this point they must wait.

"We're hoping that the government reconsiders and sees the day programs do just as much as at homes," said Urso.

Those who want to take advantage of the program have until Dec. 14 to apply.