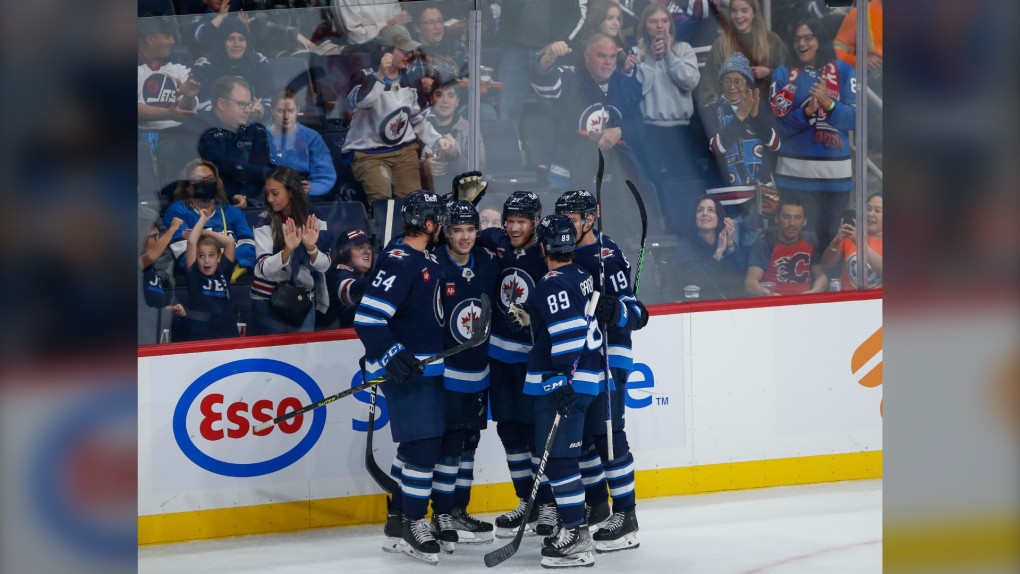 David Rittich was glad he delivered a shutout for his new Winnipeg Jets team, but any kind of victory would have felt good.

"Obviously, it's great if you perform well," Rittich said. "If you get saves and you get a shutout it's nice. I don't really care.

"Most important thing for me is we got the win. That's what matters."

"I'm feeling great. It's still pre-season, but we'll see how it goes."

Connor and Mark Scheifele each had power-play goals 44 seconds apart to start the middle period. Dominic Toninato also scored during the 20-minute attack.

Dan Vladar stopped 13-of-15 shots for Calgary before being replaced by Dustin Wolf midway through the second period. Wolf made nine saves.

The Flames went 0-for-6 on the power play while the Jets were 3-for-5.

"Our power play sucked and theirs was really good, and our penalty kill sucked, too," said Calgary coach Darryl Sutter.

Ehlers liked the way he and his new linemates, Connor and Scheifele, also clicked on the power play.

"You try to play the same way on (the) power play. You don't want to move it slow just because you have one more guy on the ice," Ehlers said. "And I think we did that pretty well tonight. We were moving the puck and that way plays open up. That's something we got to continue."

The Flames had a three-on-one chance early in the first period, but couldn't beat Rittich. Vladar turned aside a Connor breakaway shot late in the period.

Connor began the second-period barrage with a power-play goal at 8:28, followed by Scheifele's man-advantage marker at 9:12 that sent Vladar to the bench and bumped the lead to 2-0.

Toninato got the puck after stepping out of the penalty box, went in alone on Wolf and beat him close in after a little body move at 12:53.

"We just gave too many grade A chances to high-skilled players," Flames forward Blake Coleman said. "It's not fair to the goalies to be judged on those."

A clearing attempt by Calgary's Noah Hanifin was intercepted by Ehlers, who passed the puck to Connor for his second goal of the game at 18:51 that made it 4-0.

"That was pretty much all on me there on that goal," Hanifin said. "Just got to realize the pressure that's coming."

Winnipeg went up 5-0 when Gagner sent a pass to the circle for Ehlers, who fired a power-play blast by Wolf at 10:47.

This report by The Canadian Press was first published Oct. 5, 2022.