Jets even out qualifying series with Calgary Flames 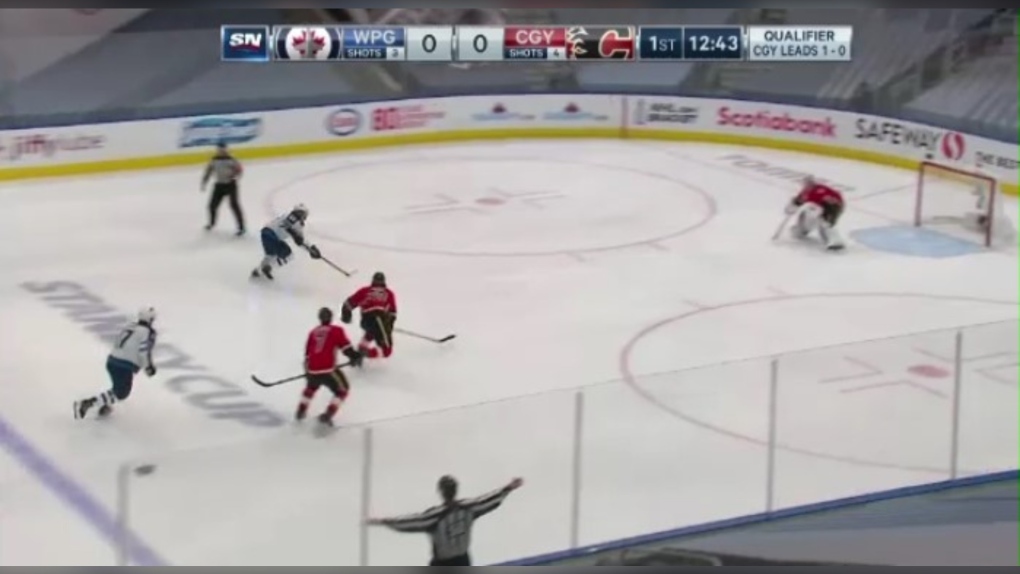 The Winnipeg Jets beat the Calgary Flames in Game 2 of the qualifying series on Aug. 3, 2020.

WINNIPEG -- The Winnipeg Jets have evened up their qualifying series with the Calgary Flames, without star forwards Patrik Laine or Mark Scheifele in the lineup.

Scheifele and Laine were kept out of the lineup due to injuries, so the Jets needed some depth players to step up to knot things up with Calgary in the qualifying round.

Seizing the opportunity in the first period was Jets rookie Jansen Harkins, one of three players called up because of the injuries. The 23-year-old rookie made the best of his NHL playoff debut, scoring the game's first goal.

"A lot of nerves and just excitement to get in there today and that's the last thing you want to do or see is guys on your team go down, especially some of our top guys,” Harkins said.

“So I just tried to step in and do my job out there and try to help the team any way I could, and obviously, I got a great break and in the first and happy it went in obviously."

Jets head coach Paul Maurice said he doesn’t know if he’s had a player that’s been given less opportunity, but stayed in the fight and competed as hard as Harkins has.

“He's not a first overall pick so there isn't 10 guys pounding the table for him to give him that chance, so he's been given nothing here, but what he did was he forced an opportunity,” he said.

Adam Lowry then extended the Jets' lead to two, but Calgary battled back to tie the game before the end of the second period.

After Flames forward Matthew Tkachuk baited Nikolaj Ehlers into taking a penalty in the third, the Danish forward got his vengeance after serving the two minutes. He scored the Jets’ first power-play goal of the playoffs and his first career playoff goal in 23 appearances.

It also turned out to be the game-winner.

"Of course, it felt nice to finally get it and hopefully they keep coming now," Ehlers said.

Maurice said he thinks we’ll see more of what Ehlers offers in the regular season during the playoffs.

"If you're going to get one, he needs the game winner in a game when we're up against it, and so he gets to carry that with him," he said.

The Jets are hoping that feeling won't wear off when they hit the ice for Game 3 on Tuesday evening, especially if Laine and Scheifele remain unable to play.