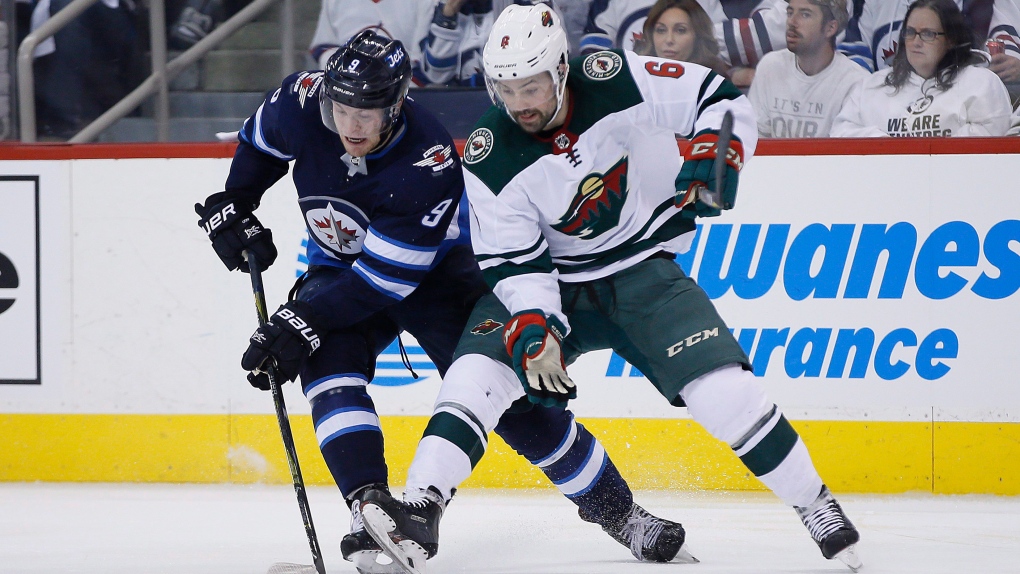 "You don't feel good during the test, but after that, you're fine," he said.

Several players from teams around the league have decided to opt-out of the playoffs, but for Copp, that was never even considered.

"I haven't even thought about opting out once to be honest," said the forward. "I love to play hockey, and I've been missing it for the last three months."

Copp said being young, healthy and observing the NHL's strict guidelines, he isn't worried about getting the virus. He hopes the other players feel the same way.

"We all feel safe here, I feel like that helps us feel normal in the room even with the protocols," said Copp. "We're able to see each other on the ice in a practice situation, that's the feeling we all desire at this point."

Skating in Michigan during the pause, Copp said he's ready to play hockey.

"We are all professionals at this point, and we know how to get ready, whether it's three weeks or you get the whole offseason," he said. "It's our job, and you have to be ready to go."

Before the NHL went on hiatus, the Jets were on a four-game winning streak.

"To replicate that feeling is going to be hard, but hopefully, by having a good training camp and being ready to go and having an exhibition game, hopefully, all those things start to come back to us," said Copp.

Copp said the most important thing will be regaining the team's confidence.

Taking place in the two hub cities, Edmonton and Toronto, 16 teams will be battling it out over ten days to complete the initial round. The Jets will be taking on the Calgary Flames in a best of five series.

"Having five or six games a day, especially if they're playoff games and intense, it's going to be really fun to watch and be a part of," said Copp

The Jets' first game is August 1.