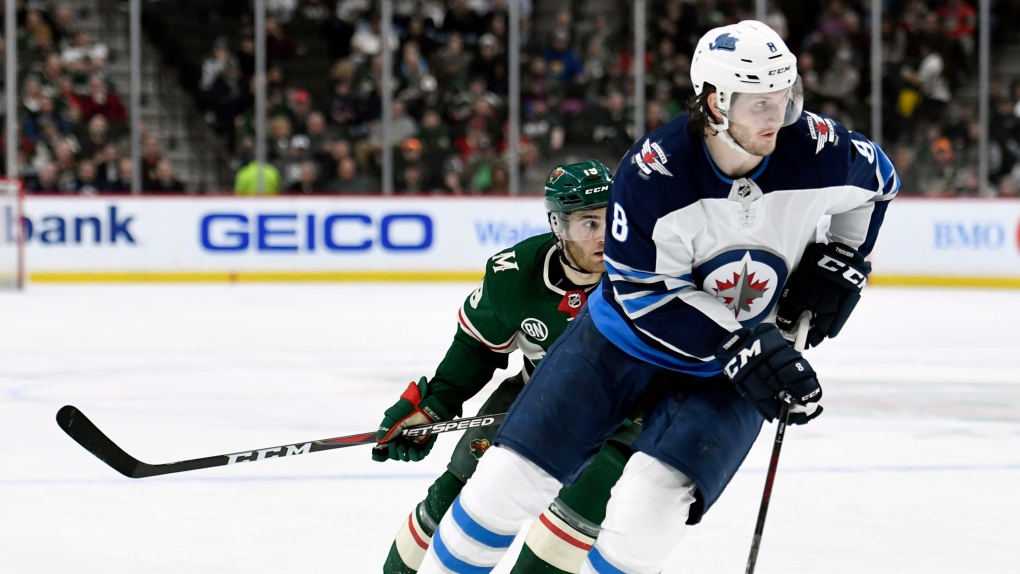 The Winnipeg Jets have traded defenceman Jacob Trouba to the New York Rangers for defenceman Neal Pionk and the 20th overall pick at the upcoming NHL draft.

The teams announced the trade Monday.

Pionk went undrafted and was signed as a free agent by the Rangers in May 2017 after two seasons at the University of Minnesota-Duluth.

The 23-year-old from Omaha, Neb., split the 2017-18 season between the Rangers and the American Hockey League before joining New York full time last season.

Trouba was drafted ninth overall by Winnipeg in 2012 and has played 408 career games, with 42 goals and 179 points.

The 25-year-old Trouba is a restricted free agent who needs a new contract.

Trouba gives the rebuilding Rangers a legitimate top-pairing defenceman to speed their move toward being playoff contenders again. The right-handed-shooting blue liner had eight goals and 42 assists for 50 points last season.

Winnipeg is facing a salary-cap crunch and would have had trouble fitting in Trouba. Pionk is also a restricted free agent but will cost less than the more-established Trouba.