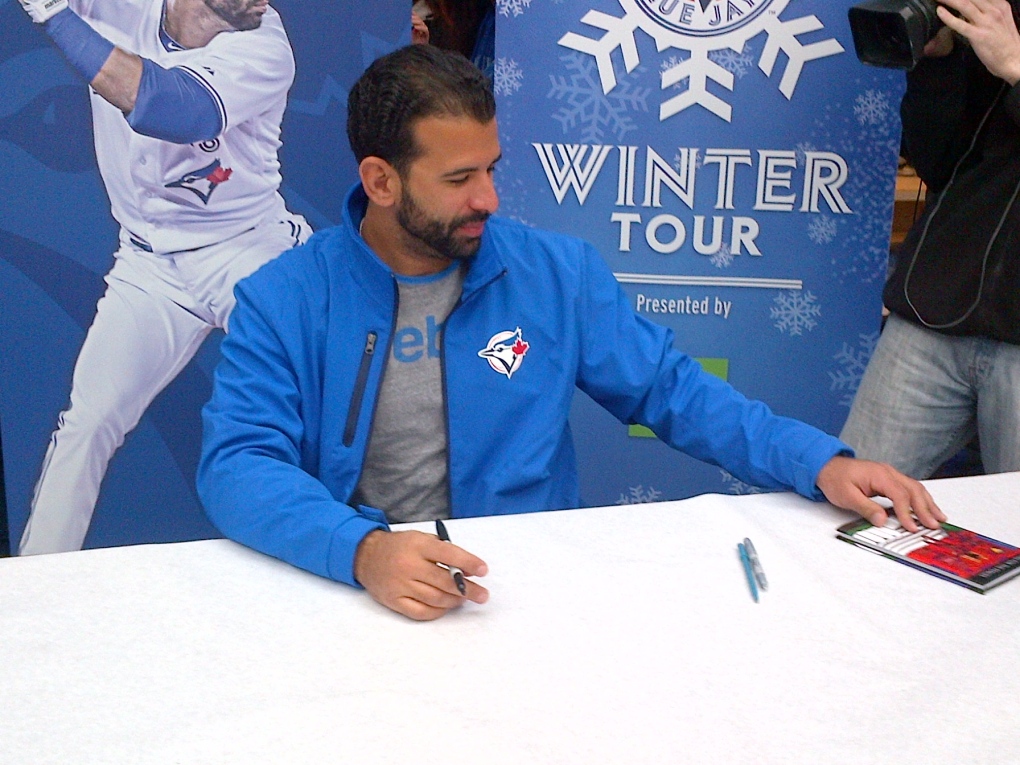 The baseball star was in town as part of a winter tour promoting the Toronto Blue Jays. He signed autographs for fans alongside teammates Brett Cecil and Aaron Loup from 11:30 a.m. to 1:00 p.m. at the mall.

Bautista was then scheduled to head to the MTS Iceplex for training sessions with two minor league baseball teams from Winnipeg.

Cecil and Loup were also slated to work with the teams alongside the Blue Jays’ strength and conditioning coordinator Bryan King.

The winter tour has already stopped in Toronto and will continue with clinics planned for Saskatoon and Edmonton.