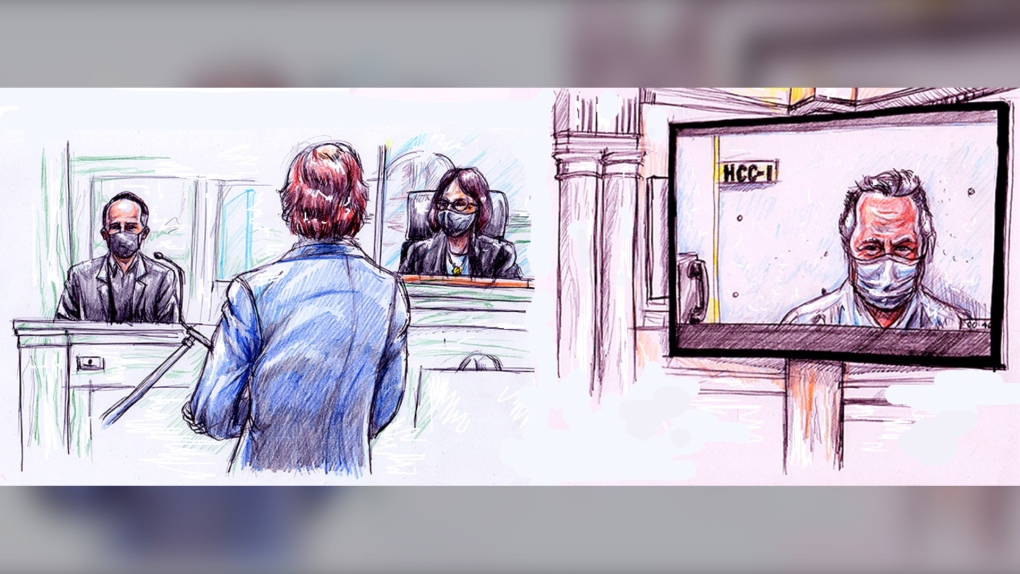 WINNIPEG -- It could be another week before a Manitoba judge decides whether to allow the release of fashion executive Peter Nygard from a Manitoba jail.

Queen’s Bench Justice Shawn Greenberg has reserved a decision until Feb.5 at 9 a.m. but the court heard it’s possible a ruling could come earlier.

“I need a few days to think about this,” Greenberg said.

Nygard, 79, has been in custody since mid-December after being arrested under the Extradition Act. U.S. authorities charged Nygard with nine counts, including sex trafficking.

The indictment alleges Nygard engaged in a decades-long pattern of using force, fraud and coercion to entice and recruit dozens of women and girls to have paid sex with himself and others.

The allegations have not been tested in court and Nygard is presumed innocent.

His bail hearing continued with testimony from the head of a security company that the court heard will monitor a home where Nygard’s lawyers have proposed he will live under house arrest if he is freed.

Court heard the home in Royalwood, valued at $989,000, now belongs to former Nygard company executive Greg Fenske and will be posted as part of Nygard’s bail.

In total, Nygard’s lawyers told the court $1.2 million would be put up as a financial component of their client’s release.

They also told the court there will be 24/7 monitoring and an on-site guard from a private security company. They argued Nygard has the funds to cover the costs of the bail plan.

“What we offer is a plan that we say is as close to a perfect bail plan as you could have,” Richard Wolson, one of Nygard’s lawyers, told the court. “We offer a plan where the issue of a flight risk should not be a concern to the court.”

Bill Dietterle, president of Winnipeg-based BIL Security Services, said in an affidavit his company has visited the home and will install sophisticated video monitoring equipment at entrances, exits and around the perimeter of the property to watch the home around the clock.

He told the court his company will report any breaches to Winnipeg police or the RCMP.

Dietterle testified BIL Security Services uses military-grade camera equipment. He told the court his company would charge an estimated $20, 000 for the installation of the equipment and an ongoing monthly fee of $3000 for monitoring.

Court heard the camera feeds are monitored by people and video analytics software that can detect activity and alert operators and supervisors if someone leaves the premises.

Dietterle told the court his company has a 98 per cent bust rate.

“We’ve pretty much eliminated the possibility of misses,” Dietterle testified, noting the addition of an on-site security guard, which would be subcontracted by his company, would take the effectiveness from 98 to 100 per cent.

“Do you have any doubt that you’re capable of undertaking this job?” Wolson asked Dietterle.

“Once somebody’s out the door, the video monitoring has reached its limit,” Farlinger said. “That doesn’t prevent someone from jumping on an aircraft.”

He told the court a distinction needs to be made between video monitoring and an ankle bracelet, which would tell people monitoring Nygard if he has left the geographic area.

Farlinger has argued Nygard is a flight risk, his sureties aren’t adequate, and expressed concerns in court over potential witness tampering.

After Greenberg expressed concerns about Fenske’s role as a surety, Wolson told the court some of Fenske’s responsibilities in the bail plan have been delegated to the security company.

Farlinger told the court that monitoring is only as good as the sureties and he sees the home put up for Nygard’s bail as inadequate.

“He (Fenske) was gifted a million-dollar house which has been transferred around and has landed in his name,” Farlinger said.

Nygard’s lawyers have told Justice Greenberg they are concerned if their client stays in jail he could catch COVID-19 and die.

Court heard an extradition hearing for Nygard likely wouldn’t happen until at least June and perhaps as late as the fall.