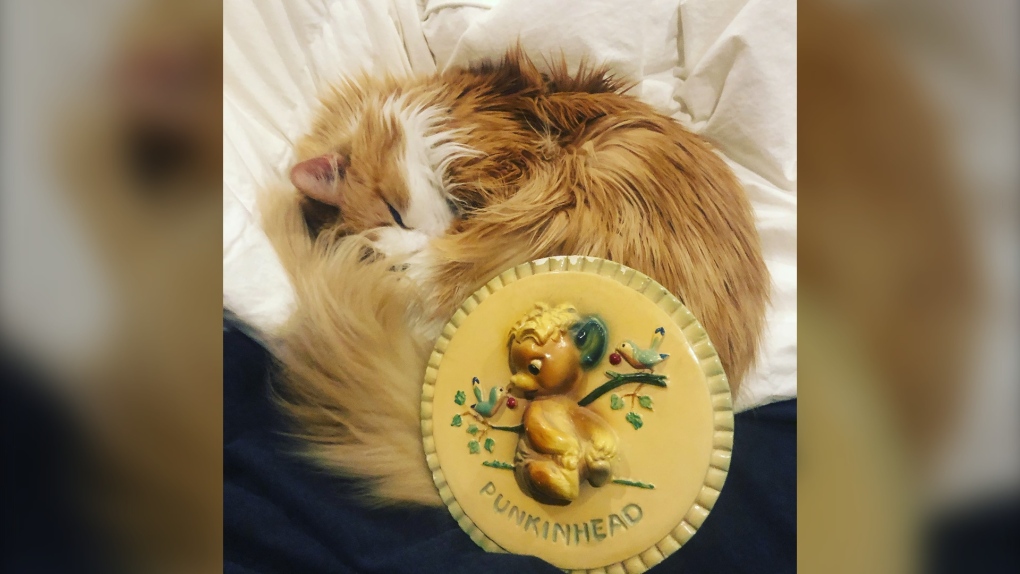 Punkin, Corey Quintaine's cat, curls up next to a plaque bearing Punkinhead, the Eaton's mascot and his namesake, in a recent image. (Submitted photo Corey Quintaine)

WINNIPEG -- A Winnipeg man who purchased several items this winter from the Eaton’s flagship store in Winnipeg has added another item from the store to his collection, and he has a personal attachment to the new item.

In December, Corey Quintaine, a collector of retail memorabilia, purchased six window displays from the former downtown Eaton’s store location when they came up for auction.

Now, in January, he has added a new item from the Eaton’s store, a plaque bearing the image of Punkinhead, the bear cub mascot of Eaton’s Toy Land and a popular staple at Christmas.

“For a number of years back in the 50s, you know how with Santa Claus at the mall, you would always get a storybook? There would always be a Punkinhead storybook that Eaton’s would give away, either with a toy purchase or visits with Santa back in the day,” Quintaine said, adding he has several of those books in his collection.

Quintaine also noted he named his cat Punkin so the item has additional personal significance to him. 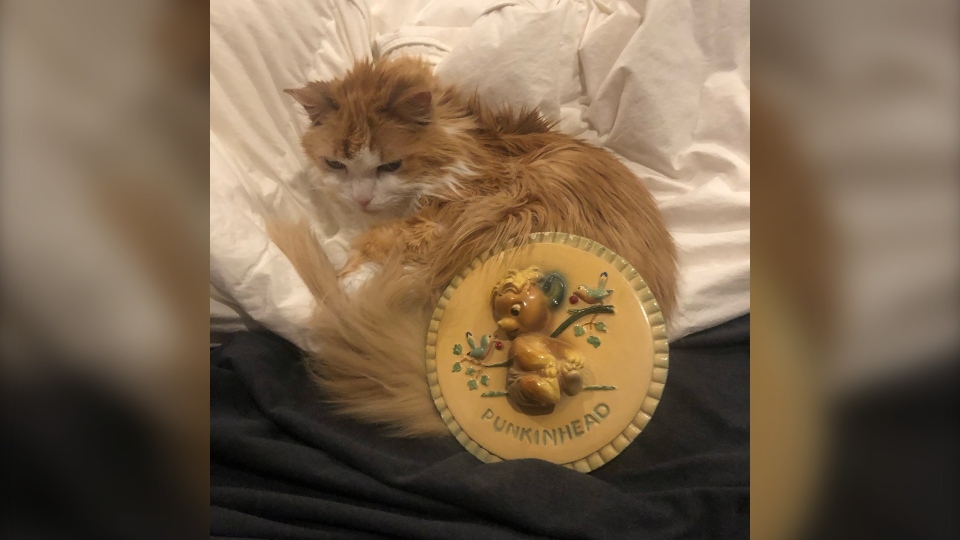 Quintaine, who worked at the Eaton’s store in Brandon for four years, said he ended up with the plaque after a woman from Stony Mountain saw the story of his window display purchase and reached out him in Facebook.

“We had never met before, and she said, ‘I have this Punkinhead plaque, and I’m looking to find it a new home, would you be interested?’ I said, ‘absolutely,’” Quintaine recalled.

He said he received the plaque several days ago, and he gave the seller a handwritten thank you note on Eaton’s stationery from the 1980s.

“It was just a wonderful thing,” Quintaine said. “I asked her ‘Would you be looking to sell it?’ and she said, ‘I just want to make sure it finds a good home where it can be cherished.’

“It really touched me, and it really made me want to pay it forward to others in the community.”

Quintaine said his way of paying it forward would include finding opportunities to make someone’s day brighter.

“I know how I felt when she reached out to me and I received the plaque, so if I can do that in any way, shape or form to help make someone’s day a little bit better, I’m going to take that opportunity.”

In addition to the plaque, Quintaine will also be receiving a tea set featuring Punkinhead from his aunt, and both items will be displayed on a shelf in his home.