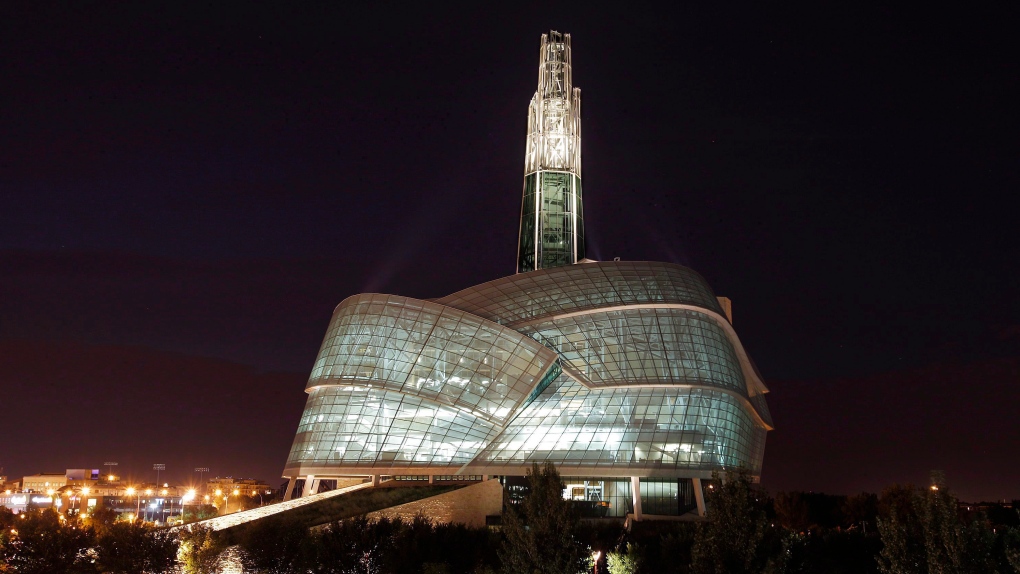 WINNIPEG -- Pride Winnipeg has cut ties with the Canadian Museum for Human Rights (CMHR) after it was confirmed the museum censored LGBTQ2+ content during some school tours.

Barry Karlenzig, the president of Pride Winnipeg told CTV News the organization was scheduled to hold a welcome reception at the museum for the 2022 nation-wide Fierté Canada Pride celebration hosted in Winnipeg.

"We have now officially cut ties with CMHR and we will be looking for other venues for 2022," said Karlenzig.

"There's a lot of hurt in the community as a whole and not just in Winnipeg but across Canada, and us hosting Fierté Canada Pride and having a human rights gala there doesn't feel right in any which way, shape or form."

This comes after the museum confirmed it accepted requests from some schools to exclude and hide content regarding the rights of the LGBTQ2+ community.

The museum's executive team has since issued an apology, and John Young, the CEO and president of the museum, has announced he will be stepping down after his term ends in August.

The museum is also facing allegations of racism and discrimination in the workplace.

"We understand and respect the desire of Pride Winnipeg to see the Museum move beyond words to demonstrate a commitment to eradicating systemic racism, homophobia and discrimination – including that affecting people with diverse sexual orientations and gender identities - from our workplace," a statement from the CMHR reads.

Pride Winnipeg is not alone in rethinking its relationship with the museum.

Glen Murray, the first openly gay mayor in Winnipeg, announced via Twitter that he resigned from the museum's Board of Friends over what he called a 'betrayal of its mandate.'

The LGBT Purge Fund, a not-for-profit corporation in Canada, was created as a result of a class-action lawsuit between the federal government and the LGBT community following homophobia and systemic discrimination against LGBTQ2+ Canadians working in the federal public service, the RCMP or the Canadian Armed Forces.

It was in the process of mounting a major exhibit at the museum about the fund when the allegations surfaced.

In a statement, the LGBT Purge Fund said it has suspended its negotiations on the agreement leading to the exhibit and is monitoring the situation very closely.

CMHR'S ROLE IS NOT TO SILENCE VOICES EVEN MORE: HERITAGE MINISTER

Canada's Heritage Minister Steven Guilbeault told CTV News in a written statement the government is in contact with the leadership at the museums to ensure action is taken.

"We’ve been clear: our government expects our national museums to be held to the highest standards of inclusiveness, social awareness and respect, including in the processes leading up to and the implementation of their educational programs and exhibitions," Guilbault said.

"An institution like the Canadian Museum of Human Rights should not be perceived as condoning homophobia or engaging in self-censorship. Its role is to expose the realities of those whose voices have been silenced, not to silence them even more.”

CALLS FOR RECONCILIATION BETWEEN MUSEUM AND LGBTQ2+ COMMUNITY

Karlenzig said he appreciates the CMHR's apology, but said actions speak louder than words, and more needs to be done towards reconciliation with not just the LGBTQ2+ community, but every group that has been excluded.

"To have our rights and our history flat out removed is just appalling," he said.

"There's going to be difficult conversations and that's part of life. What we need to do, and what they need to do is sit, listen, and learn."

Karlenzig said he understands there is a lot of hurt, anger, and disappointment, and said Pride Winnipeg is there to support the community. He said if anyone has questions or concerns, they can reach out to Pride Winnipeg through its website or social media pages.