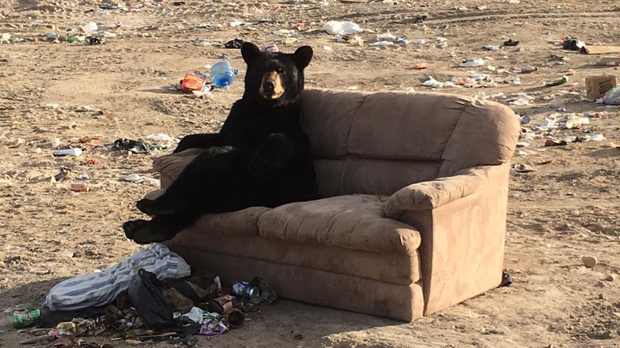 Stantic says the bear “looked just like a human would, sitting on the couch, chillaxing.” (Source: Mandy Stantic)

A nurse who works in northern Manitoba says she had to grab her camera after spotting a bear striking a very relaxing pose.

Mandy Stantic says it happened this spring while going on a routine trip to the dump.

“We call it our northern safari,” she says.

Stantic says while living in the north, watching bears at the dump has become a bit of a family pastime to help deal with boredom.

But she didn’t expect to catch the bear in the position she did at the Lac Brochet dump, saying that the bear “looked just like a human would, sitting on the couch, chillaxing.” 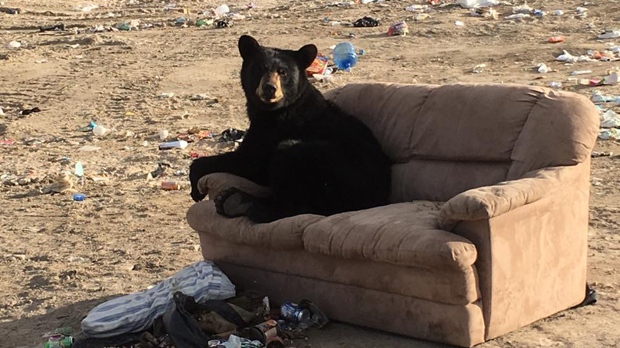 “I guess his tummy was full,” she says, joking that the bear “just needed some popcorn and Netflix.”