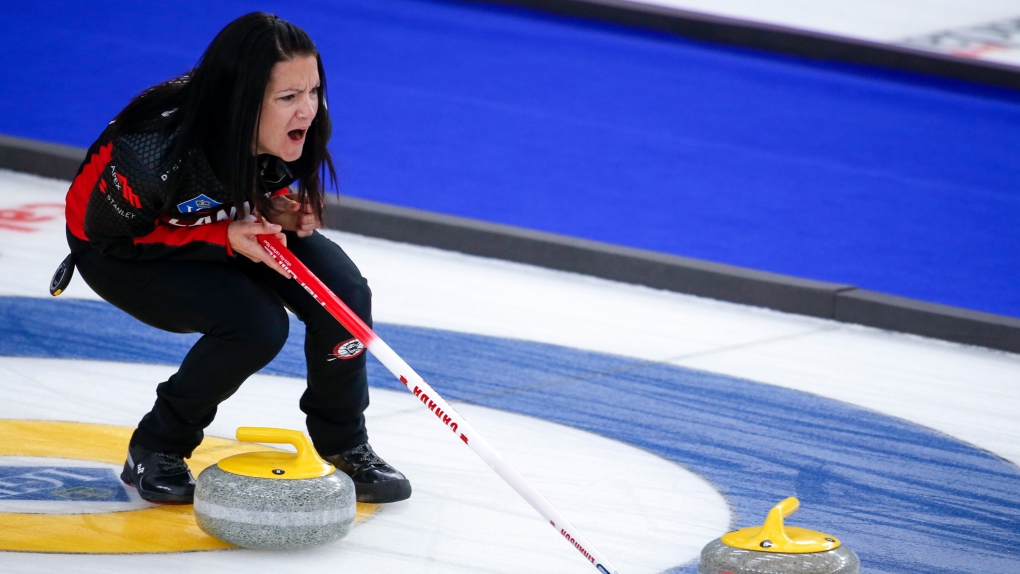 Canada skip Kerri Einarson directs her teammates against Sweden in a qualification game at the Women's World Curling Championship in Calgary, May 8, 2021. THE CANADIAN PRESS/Jeff McIntosh
WINNIPEG -

In the first game of a three-way tiebreaker to see who moves on into the semifinals, Scheidegger scored the first point.

Einarson later scored four in the fourth end to pull ahead and take the lead 4-1.

Einarson had the hammer in the tenth and managed to grab three points to win the game 8-6.

Einarson will now go on to play Krista McCarville in the afternoon, with the winner moving on to meet Jennifer Jones in the evening.

McCarville has the higher tiebreaker seed based on cumulative last stone draw results.

Jones and top-seeded Tracy Fleury locked up playoff spots earlier in the competition.

The semifinal winner will meet Fleury on Sunday morning for the right to wear the Maple Leaf at the Feb. 4-20 Winter Olympics in Beijing.