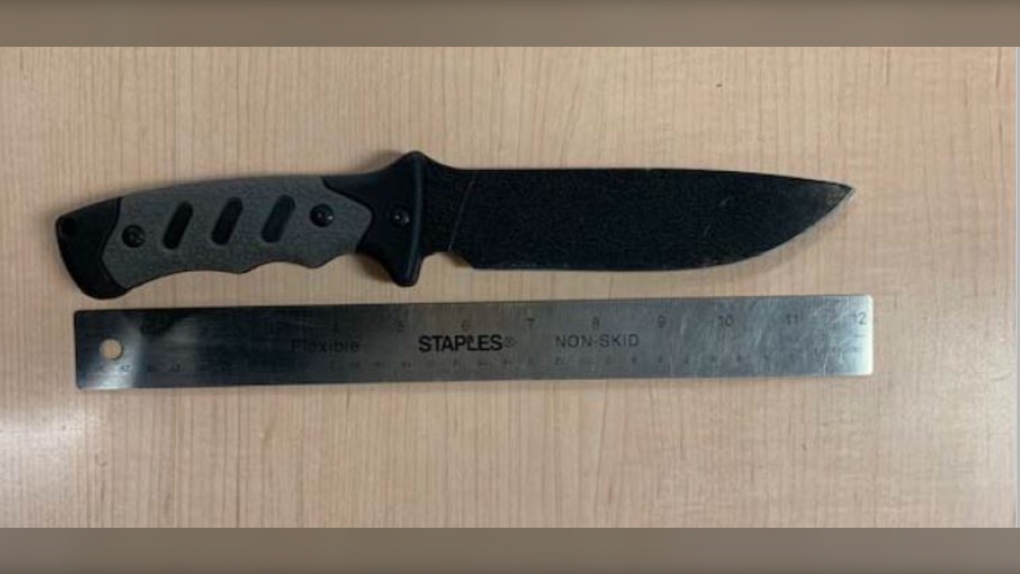 Supplied image of the knife seized by police.

WINNIPEG -- A man armed with a knife robbed two teenagers in the Manitoba community of New Bothwell on Sunday, Oct. 18.

Around 7:30 p.m., RCMP officers responded to a report that the teens, aged 16 and 17, were robbed as they were walking to a store.

Mounties allege that a man, armed with a knife, went up to the teens and demanded money from them.

The two victims gave what they had and ran home to tell their parents.

Police investigated and arrested and charged 20-year-old Bryan Doerksen, from New Bothwell, with robbery, wearing a disguise with intent, possession of a weapon for a dangerous purpose, and assault with a weapon. None of the charges have been proven in court.

Doerksen is in custody and is set to appear in court on Wednesday, Oct. 21.