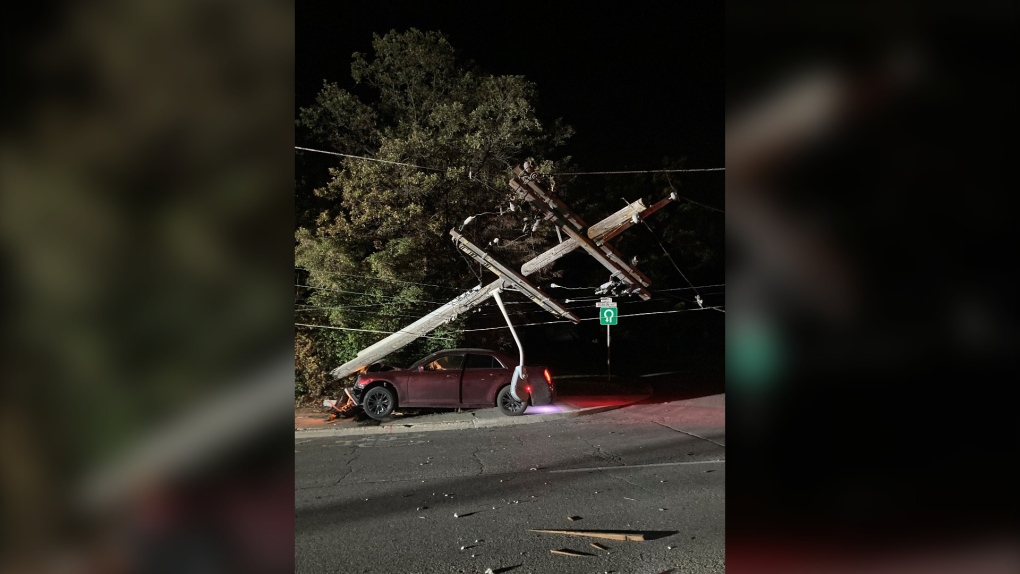 The pole was knocked over at the corner of Roblin and Shenfield Roads. (Source: Manitoba Hydro)
WINNIPEG -

Officers with the Winnipeg Police Service are advising the public of a road closure on Friday morning caused by a knocked down power pole.

Westbound Roblin Boulevard is blocked from Jaymorr Drive to Grant Avenue due to the downed power pole at the corner of Roblin and Shenfield Roads. Police noted that the pole was knocked down on Thursday at around 11 p.m. by a driver attempting to avoid a deer,

According to Manitoba Hydro, the pole, which needed to be replaced, broke and brought down the power lines.

At approximately 3 a.m. on Friday, Hydro restored power to 312 customers and continues to work on reconnecting the lines to restore power for the remaining customers.

The estimated time for restoration is noon.

The gang that kidnapped a group of 17 American and Canadian missionaries in Haiti has asked for US$1 million each for their release, a top Haitian official said Monday, according to the Wall Street Journal.

Pfizer has asked Health Canada to approve the first COVID-19 vaccine for children aged five to 11 years old. It was authorized for people at least 16 years old last December, and for kids between 12 and 15 in May.

Seven-year-old boy dies after being trapped under log near Southampton, N.S.

A seven-year-old boy has died while out on a walk with his mother on a logging road in Nova Scotia's Cumberland County.

MEC is bringing back its old logo

Outdoors retailer Mountain Equipment Co. is ditching its square green logo in favour of the mountain peak design that adorned its stores for decades until 2013, part of a push to refocus on sales of outdoors activities products.

EXCLUSIVE | Germany and Denmark repatriate women and children from Syria. Will Canada follow?