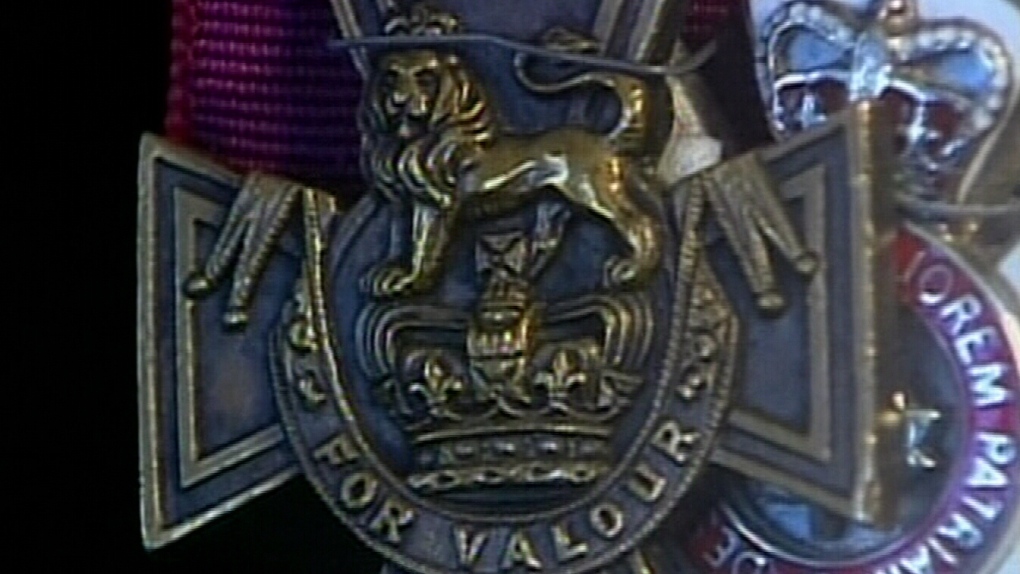 The province announced it is naming four lakes in honour of Manitoba veterans who received the Victoria Cross. (File image)

The Manitoba government will honour four decorated veterans from this province by naming four lakes after them. The four men received the Victoria Cross, the highest medal of valour in the commonwealth, for service during the First and Second World Wars.

"As we reflect on the sacrifices made during the past century by tens of thousands of men and women from throughout Canada, it is absolutely essential their contributions be remembered," Premier Greg Selinger said in a news release. "The lakes being named today will ensure these four brave men will never be forgotten."

Cruickshank Lake will be named for Maj. Robert Edward Cruickshank of Winnipeg, who served with the London Scottish Regiment.

Coulson Mitchell Lake will be named for Lt.-Col. Coulson Norman Mitchell of Winnipeg, served with the Royal Canadian Engineers.

Harcus Strachan Lake will be named after Lt.-Col. Harcus Strachan, born in Borrowstounness, Scotland, who served with the Fort Garry Horse.