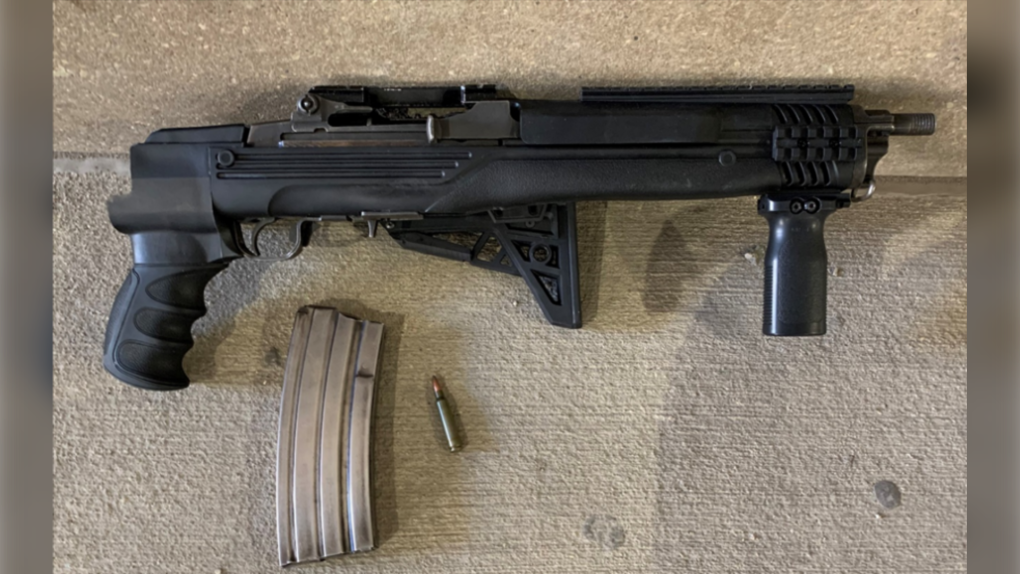 A loaded Ruger Mini-14, .223 rifle with a folding stock and a high-capacity magazine was recently seized by the Winnipeg police. (Image source: Winnipeg Police Service handout)

WINNIPEG -- A 28-year-old Winnipeg man has been charged after a loaded rifle was seized by police officers Thursday evening.

Winnipeg police officers were patrolling The Promenade near Vaughan Street when they saw a man sitting near loading docks attempting to use narcotics with a glass pipe, police said. When officers were talking to the man, they saw what looked like a pistol-style handle of a gun inside an open backpack.

Police arrested the man and searched the backpack, and said officers found a loaded Ruger Mini-14, .223 rifle with a folding stock and a high-capacity magazine. In addition to the gun, a five-inch folding knife was also found.

Minh was detained in custody, and the charges have not been proven in court.