Look way up! Winnipeg now has a new tallest building 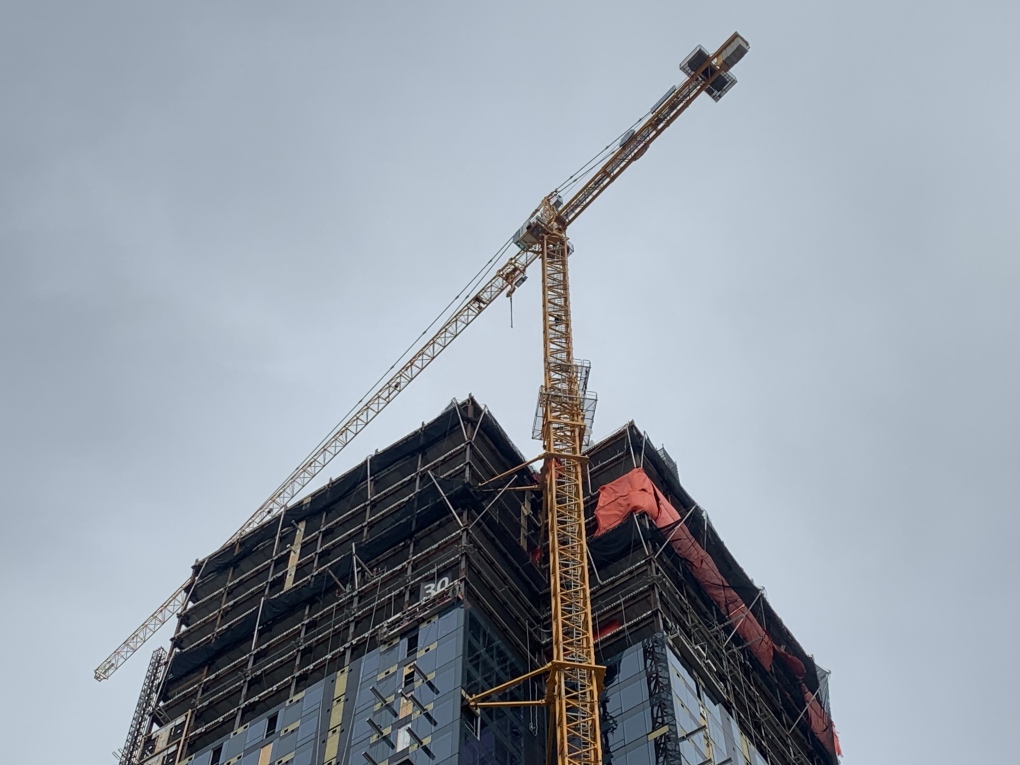 Though the building at 300 Main Street in Winnipeg is still under construction, it has already taken the top spot among the city's tallest towers. (Source: Danton Unger/ CTV News Winnipeg)

WINNIPEG -- One of the newest additions to Winnipeg's downtown skyline is claiming the title of the tallest building between Toronto and Calgary.

Though the building is still under construction, it has already taken the top spot among the city's tallest towers. 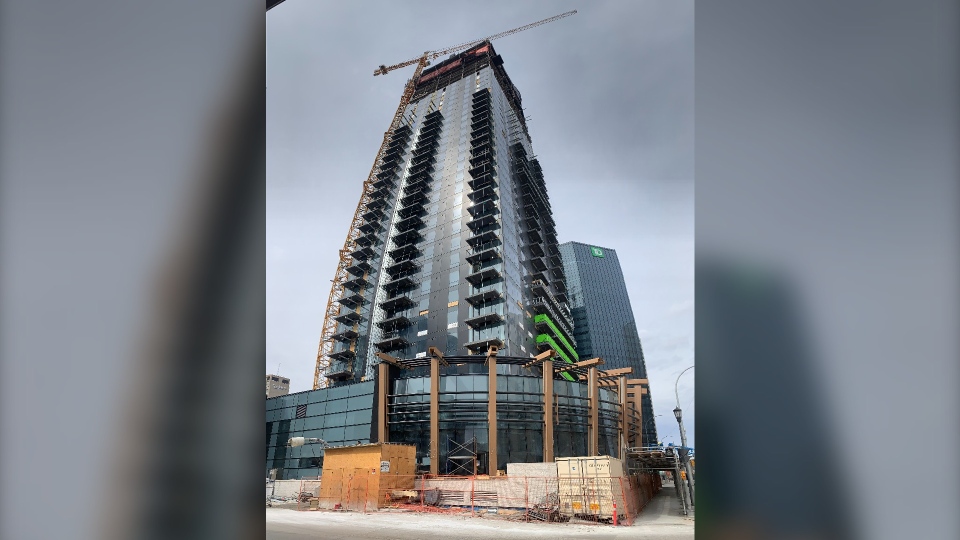 She said about 2,000 residents are expected to move into the Downtown area in the next two years.

"We also know that Downtown is more vibrant when people are here 24/7 rather than just the nine-to-five crowd."

Artis REIT, the company which owns the building, said on its website the building will carry about 400 apartments along with office and retail space. 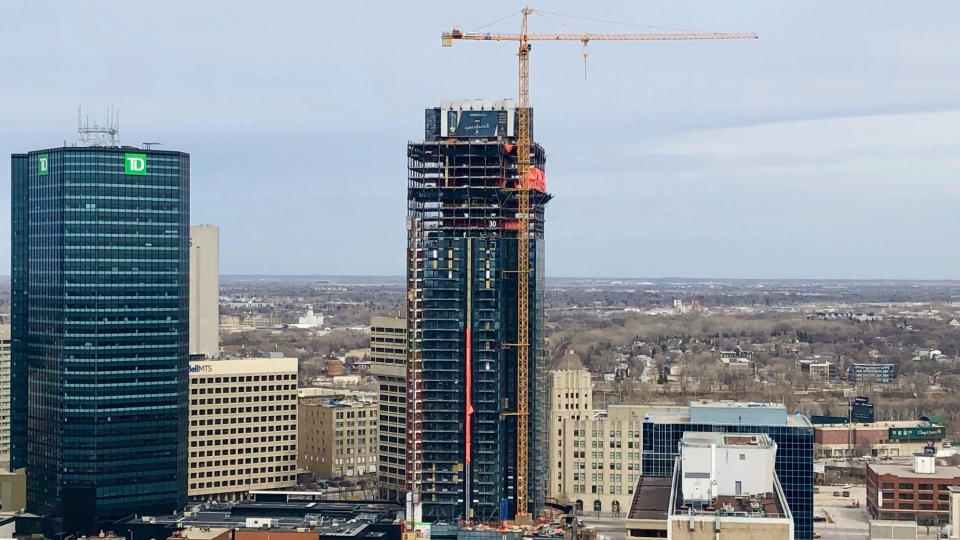 Artis REIT declined an interview with CTV News, saying it will be speaking with media later on in the project.

Winnipeg Mayor Brian Bowman said 300 Main is the latest in the city's investments in the Downtown area – including the True North Square, the Red River College Richardson Innovation Centre, and the Market Lands project.

"There are more people living in downtown Winnipeg than ever before in our city’s history," Bowman told CTV News in a written statement.

Had the pleasure today of seeing the progress being made on what is now Winnipeg’s tallest tower, @ArtisREIT's 300 Main. Pleased to vote in support of this exciting $165M project that’ll expand commercial + residential space (incl affordable housing) in the heart of our city! pic.twitter.com/2AMxuy28Hi

"The new tower is now the tallest in Winnipeg and will bring even more residents to downtown."

The tower at the corner of Portage and Main – 201 Portage – previously held the title of Winnipeg's tallest building at 128 metres and had remained unchallenged since it was completed in 1990.

While the 300 Main skyscraper boasts an impressive height within Winnipeg, it's dwarfed by Canada's tallest building – the First Canadian Place building in Toronto which stands more than two times as high at 298 metres. Though it too will soon be beat by Canadian buildings currently under construction.

But even Canada's tallest buildings are considered small when put up against some of the global contenders for the tallest skyscrapers.

According to The Council on Tall Buildings and Urban Habitat, the First Canadian Place ranks 195 in the world's tallest buildings.

It said the title of the tallest building in the world is held by the Burj Khalifa in Dubai which stands 828 metres tall, followed by the Shanghai Tower in Shanghai which stands 632 metres.

While Winnipeg's tower at 300 Main may not compete on the global skyline, Hardman said it is a welcome sign of growth within the city. 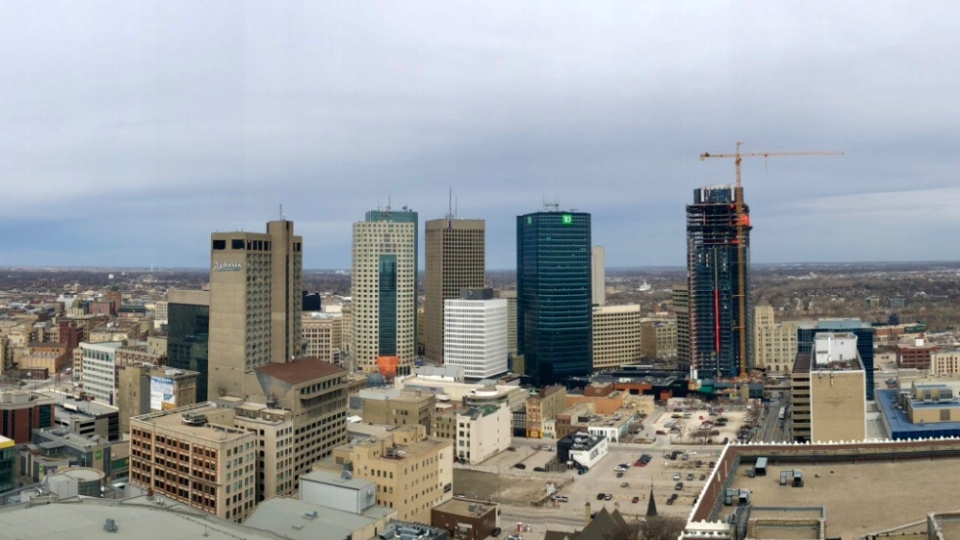 "Ten years ago, you would see a crane here and there. Now we are seeing them all the time," said Hardman.

"300 Main really is an example of the positive contributions that are happening Downtown."