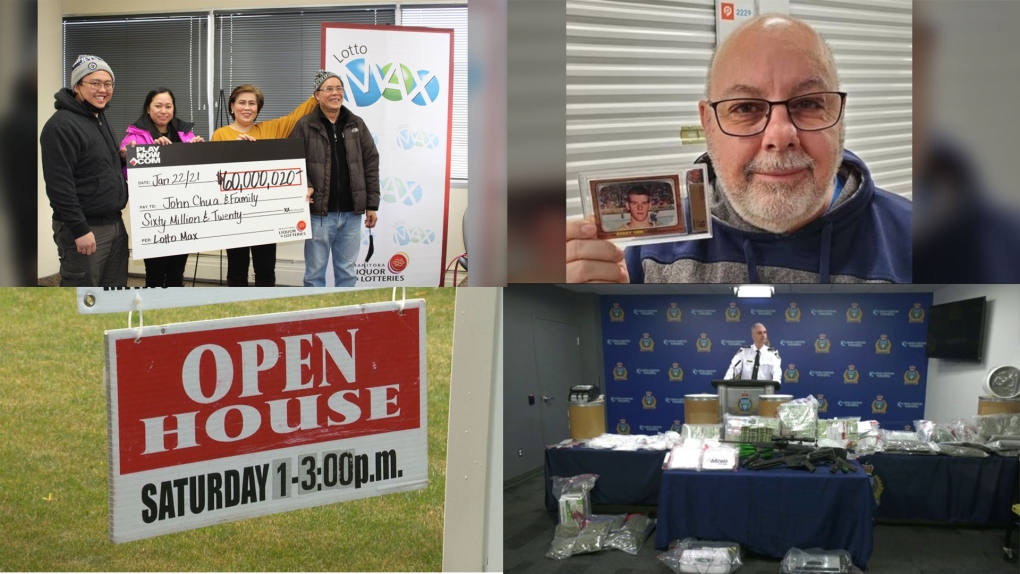 WINNIPEG -- Here are the top 5 most read stories on CTV News Winnipeg for February 2021.

Identity of Winnipeg’s $60M jackpot winners has been revealed.

-This story was originally published on February 2, 2021.

Why realtors no longer use the term master bedroom

Say goodbye to the term master bedroom as the Canadian real estate industry looks to modernize its language and remove potentially racist undertones.

-This story was originally published on February 5, 2021.

The Winnipeg Police Service seized a total of $11.5 million in assets, including drugs, Bitcoin and cars, during a months-long investigation into a multi-provincial drug network between British Columbia and Manitoba.

CTV’s Kayla Rosen has the details.

A man who claims he was recruited by the Winnipeg police to inform on the Hells Angels motorcycle gang is now suing the police for allegedly blowing his cover, which forced him to go on the run from the gang, which he believes is trying to kill him.

A Manitoba man has put a one-of-a-kind Bobby Orr rookie hockey card up for auction, hoping it will surpass the million-dollar mark and become the most expensive hockey card ever sold.