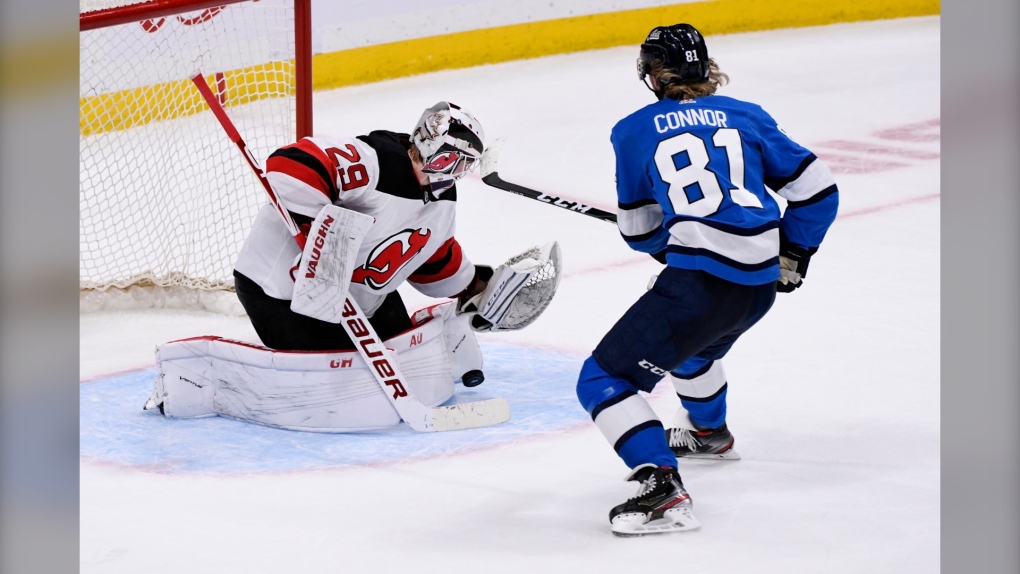 WINNIPEG - Nikita Gusev and Jesper Boqvist scored in the shootout to lift the New Jersey Devils to a 2-1 victory over the Winnipeg Jets on Tuesday.

Mackenzie Blackwood stopped 32 shots for New Jersey, which was playing the second game of a five-game road trip.

Andrew Copp scored in regulation for the Jets, who started a four-game homestand and lost for the first time this season in extra time.

Connor Hellebuyck made 31 saves for Winnipeg (8-7-1), which went 1-4 in its last homestand at Bell MTS Place.

Winnipeg had won its previous seven games against the Devils.